Yes, bad loss for them and appears they were down by 20 mid-2nd half.

In their defense, they are missing two veteran rotation guys Stephen Johnson and Trevin Knell and their starting lineup includes three new faces (transfers) and several of their primary bench guys are freshmen. So 5 to 6 guys suiting up for the Cougars for the first time.

I don’t see them challenging SMC for 2nd, more likely to be somewhere between 3rd and 5th. But there is plenty of talent and I wouldn’t sleep on them. We’ll probably see what we often have from BYU…they’ll lose a couple of games to middle of the pack WCC teams that they shouldn’t lose to but then beat an SMC or GU.

Regardless, I will celebrate their departure and would be poetic justice if they exited with their tail between their legs with a 5th place finish. They thought they would run roughshod over the WCC, knock GU from their perch and so on and it never really happened…zero league or WCC tourney titles.

A mixed bag in the rest of the WCC games on Saturday.

USF plays Utah St. today…will be interested to see that outcome compared to ours, though USF benefits playing them at home.

Don’t look now, but Utah State is beating the brakes off of USF. They’re leading by 22 in the City. Technically a neutral site game because they are playing at the Chase Center.

Nervous time for WCC tonight: Gonzaga and Portland both down at home to mid-major squads. Gonzaga is in a close one with a good Kent State team. Portland down to a very not-good North Dakota State squad.

Zags go on an 11-0 run in the final minute to get past Kent State. Pilots fall to the Bison at home…not great.

Kent State, as it stands now, is a Q1 win for Gonzaga. That’s a good team that gave Houston a game this year too. Gonzaga’s schedule has been brutal up to this point.

Portland losing to North Dakota St. validates my theory that they will somehow beat SMC and/or Gonzaga this year, but finish 6th or 7th in the league.

Agree Maestro; especially as long as their two starting guards, Meadows and Austin are out with injuries. Not sure Meadows’s status but I believe Austin is out for the season.
Without them, do-everything Tyler Robertson has to slide down and play guard and carry even more of the playmaking duties. Their starting point guard, Jack Perry simply isn’t as good as Meadows or Austin and they’re only playing one other guard off the bench. They are bound to struggle defending good, athletic, scoring guards.
That said, they can be an awkward matchup for opposing teams…their forwards (Woods and Sjolund) are their top 3pt threats, while Robertson likes to post up a lot and is big/strong for a guard and much of the offense runs through him. Sort of an inverted offense.

Other WCC games of interest this week:

Not a WCC game, but Iona with a convincing 22-point win over a good St. Louis team. Winning that Iona game was important, and will be a star on our resume throughout the year. 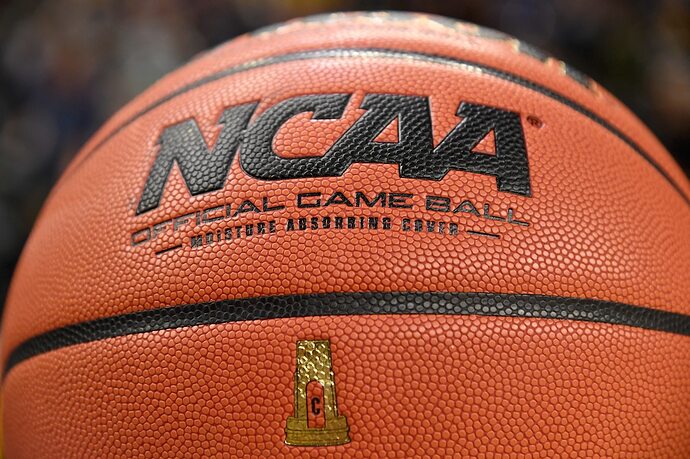 So far yes it is. A win over Boise would really help along with UCI and NMS. Can’ t overlook anyone though. League wins over St Mary’s USF and dare I say Gonzaga would really be nice.

Only the Zags and SMC are clearly above SCU. But the number of peer teams is as long as ever. The “middle” of the WCC is basically every team other than SMC, Gonzaga, and Pacific. Any one of those teams could finish third, and this season will likely give a real meaningful advantage to the low finishers from last year who only have to play the Zags and/or SMC one time.

NET…effectively no discernable difference between SCU, LMU and USF and even Pepp. BYU has no shortage of talent and Portland has demonstrated they can play with anyone (ie- narrow losses to UNC and Mich St.). USD also looks much improved with Pac-12 transfers Delaire (Stanford) and Williams (Oregon). Also worth noting other rankings (Torvik) put Portland (ranked 114), BYU (121) and USD (166) much higher than these NET rankings.

If the goal and expectation is a return to the NIT then it worth considering how we got there last season. First, we were unseeded (not top 16) in the NIT and thus one of the final ~8 teams to make it in (the lowest ~8 seeds are weaker autobid teams who won their league but not their league tourney). We won 21 games, 10 non-con wins, 10 conference, 1 conf tourney. Quality wins over TCU and SMC (quad I) and BYU (quad II) were important in getting the NIT bid.
Last season’s good conference record included running the table vs. all teams below us in the standings plus upset wins over BYU and SMC. That may be difficult to replicate this season with what appears to be a stronger middle and lower pack (LMU, Pepp, USD all appear to be better).

Tonight’s games:
BYU with a bad, 15 pt loss to Utah Valley tonight.
LMU continues to win…69-65 over a decent GCU team.
Also, SMC by 20 over Missouri St. and USF on their way to a win over Merrimack.

Solid Saturday night in an 8 game slate for the WCC.

Was a good night for the WCC, would have been a great night had the Broncos taken care of business.