Honestly, this is probably more generous to SCU than most preseason projections are likely to be. I get why USF is so high, but that’s a real gamble on continuity. It worked once for USF with Golden. No guarantee it works twice.

I’m gonna call my shot that Portland will be the most grossly overrated team this year. They caught fire last year and tore through the bottom of the WCC, making for a feel-good narrative (and it was feel-good even for me–I’m on record for really not liking SCU ducking the game in Portland once they got hot). But if you take away the USF win, there’s really not much there that impresses. And by virtue of finishing better, they will have a harder conference schedule and less ease in getting an inflated finish. Plus, they bring back everyone from last season. Which can sometimes be great, but only if there’s real improvement. If it’s just last year’s team running it back, I think that 6th is about as good as it gets for Portland.

If Pepperdine learned even mediocre defense, they could be like the Colbey Ross teams that could almost beat Gonzaga and lose to LMU in the same weekend for as good as 5th place. But last year they were so awful on defense, that I struggle to see them reaching that level.

Torvik has Santa Clara 5th but if Podz ends up being a legit Top 2 scorer on the team then the ranking would zoom higher. As it stands now, Torvik’s model assumes very little contribution from Podz but I feel pretty good about him if the European trip is any indication of his potential. I could see Santa Clara anywhere from 3rd to 8th with the determining factor being whether the recruiting class from last year (Stewart, Holt, Tongue, Knapper) have breakout seasons. 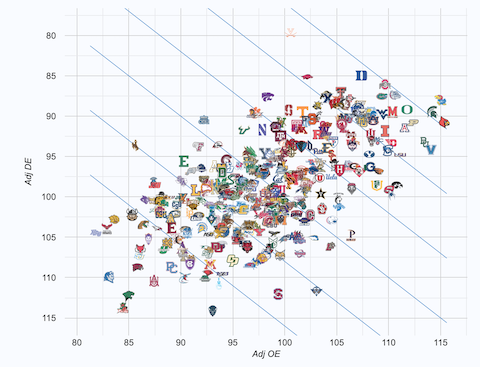