So, by my count, we have 4 new faces joining the team.

I guess we are gonna be playing a lot of wingball.

We lost a strong, contributing forward (Vrankic) to graduation.

Braun, Holt, Bediako and Tongue are gonna need to really step up this year, or we are going to be very thin on the frontcourt.

I see a lot of promise in the four main frontcourt options. We know Bediako is a huge boon on defense and showed a lot of offensive promise previously. Holt really impressed as a frosh. I think that Tongue’s athleticism and effort are there to make him a big contributor. Braun is solid and just needs a little more defensive toughness and offensive consistency.

But promise doesn’t equate to stellar results, and we know that Josip’s mono last season was probably the difference between being a bubble-NIT and a bubble-NCAA team. That’s a big gap to fill without even mentioning Jalen. I worry a bit about depth too. Only Bediako is really a center. Braun is very much a stretch-4 or even a wing in a power forward’s world.

Hoping that the int’l big materializes and at least gives us a little more depth and maybe some more muscle down low. SCU was an awful rebounding team at times last season, so someone is going to need to keep guys like Earlington from USD off the offensive glass.

The link doesn’t seem to be working (or the post was taken down).

Get the latest news, stats and more about Christoph Tilly on Eurobasket, ALBA Berlin

Buckets…Could this be the big you have been looking for?

I’m hopeful, but won’t hold my breath. European players aren’t generally known for bruising play down low. I haven’t seen him play, though, so best that I reserve judgment.

Some video…1st half of this video focuses on him: Nachwuchs und Jugend Basketball Bundesliga - JBBL Leistungen | Facebook

Looks pretty skilled and mobile though maybe not the banger Buckets is hoping for. But couldn’t tell how old the video clip was so maybe he’s put on some lb’s. And we saw Holt put on some significant weight over the summer before his 1st season.

I watched the video and said to myself “no way the kid in that video is 6’11”…then I looked at the date of the video, it is from April 2019.

The only thing that probably still holds true today that I can glean from the video is that he appears to have good footwork. 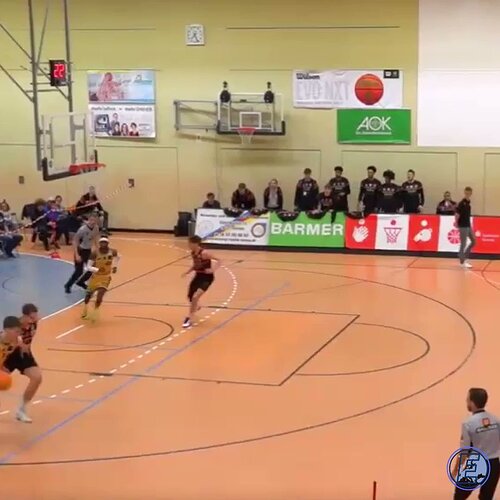 A few slightly newer clips on Tilly’s Twitter, mostly from 2021.

Check this out-- on Christoph Tilly

Tongue is being move out to the wing - playing 3 stretch 4. This will be interesting since his entire life he has played with his back to the basket. You forgot about Tilly, 7ft, from Germany who shows some grit and promise. (Never mind. I am late to the game!) Did not realize this post was from June. lol

Excited and nervous for him. Defense is definitely his thing - so if opponents have a 3 who is HOT - he will be a good option to defend it. Long wingspan and quick on feet.

Not to change the topic from Cameron who I think will do well at SCU the next three years but check out the roster for two walk on additions who both look like good players. One is from the Santa Cruz area and the other from a St. Francis HS in Illinois. Found film on the local kid and very positive comments on his ability from a local coach.

BballFemme, you are east coast, right? Are you going to the Bahamas tourney?

The deeper the roster the better! Especially for clutch games. I have not heard/seen much of walk-ons but will def inquire.

I am from Boston, however I am on the West Coast right now - and BUMMED I will not make it to the Bahamas. You going? Bet that will be a great time. Locked in for first home game though! (And just about every home game thereafter - lol)