New Mexico St.
Somewhat limited sample size for the Aggies, 4-2 on year but only 4 games vs. D1 teams. Oddly, they’ve played UTEP twice and split, beat USD by 13, lost to UC Irvine by 17. This evening beat DII Simon Fraser from Vancouver, BC by 42.
Our 3pt D could be a concern…Aggies are 2nd in nation on Torvik in 3pt shooting % at 43.8 but that’s based D1 only. They shot it worse in their two non-D1 games so are sub 40% overall. They do shoot a ton of them as well.
Roster is full of transfers. Some their top players:

For the Broncos…as noted, have to defend the 3 well. Hoping the good defensive rebounding returns after being sub-par vs. Sac St.
Our starters played very heavy minutes vs. Sac. All except for Bediako played 36 mins or more; that isn’t sustainable, need more from the bench in both minutes and contributions. Marshall would help in this regard but I don’t expect him to return yet, we’ll see.

It’s okay to root hard against NMSU as the program is deeply ensconced in off-court issues regarding a homicide (claimed to be in self-defense) and obstruction of the ensuing investigation by the coaching staff. It’s about as ugly as things get in college sports.

Let’s see some fire in those Broncos. Give me 81-66 Santa Clara. Holt impresses with a 12 and 10 performance. Stewart continues his hot streak and gets 21.

New Mexico State’s prior coach (Chris Jans) left for Mississippi State but their current coach, Greg Heiar, comes from the same coaching tree. They were both multi-year assistants at Wichita State during the Greg Marshall Final Four/Sweet 16 years. I expect them to be extremely well coached and the Broncos will need to bring their best effort to get a W. I believe exams are going on this week so this might feel more like a neutral game within Leavey Center.

Related to Patty’s post…NMSU’s Mike Peake suspended indefinitely.
From a purely basketball perspective not sure this matters much to the Broncos tonight as Peake has sat out the previous 4 games presumably because of this issue. So NMSU is already used to playing without him. 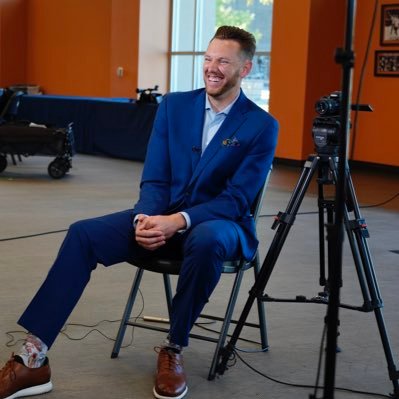 @ColinDeaverTV
New Mexico State basketball player Anthony Roy did not make the trip to California with the Aggies today for their game vs. Santa Clara on Wednesday, for what NMSU is terming "personal reasons." Roy was named in the new police report released by KOAT/ABQ Journal last night. 1/2
92bronc December 7, 2022, 7:50pm 7

@ColinDeaverTV
Chi Chi Avery, Issa Muhammad and Anthony Roy are all serving 1 game suspensions from New Mexico State basketball tonight at Santa Clara, per an NMSU official. Avery and Muhammad are on the trip & will be in street clothes; Roy is still back in Las Cruces.
1 Like
92bronc December 8, 2022, 1:46am 9

Line has now moved to Broncos -7…most likely a result of all this NMSU news that has come out today.

Those who got the Broncos at -5.5 are feeling good right now.

Watching on wccsports.com. It’s been how long and all we have is the single camera from the nose bleeds. Perhaps they could employ a couple of undergrads to do camera work from different angles and much closer to the floor? Or at least provide the alumnus with a jewlers loop so we can watch the streaming feed.

11 turnovers, 8 threes allowed. Ouch. Neither team made a free throw and the Broncos did not even attempt one. I would prefer taking our chances with Pinson scoring off penetration rather than having our guys help so much and leaving them open for 3s.

Herb’s Man D is inside out It relies on big time help when the ball is thrown down to the blocks, but that generally leads to open kick out 3 point looks from guards who can knock those down.
If it was up to me this team would play Man D very sparingly. I will say at least Sendek is running a few wrinkles with his man D tonight but they all seem to be working to the Aggies favor.
A zone in the second half would probably lead to a run away SCU victory, but I’m certainly not expecting that.

Well this is one fantastic start to the second half.

Knapper has been a pleasant surprise for me. He looks like the only true point on the squad.

I’m a foul up three kind of guy but watching the NMSU dude race to the end of the court and then shoot a 2 pointer is hilarious.

Seeing Drew Zurek, Randy Winn, and Friar Tuck (Adam Anderson) sitting courtside remind me that those were fun times, and that I’m old.

Sendek and others like calling it resilience. But winning ugly often involves a healthy dose of luck and Broncos luck is going to run out sooner or later if they can’t figure out how to play some cleaner games.

Way too many turnovers once again, especially from our bigs. Early 2nd half run was great, but last 8 mins or so wasn’t pretty with too many missed FT’s and didn’t handle the defensive pressure very well. Also several possessions late in the game where we couldn’t get a decent shot and had to take late shot clock, low percentage, forced shots.

On the positive side… Knapper played great in the 2nd half, the steal and dunk were impressive. Justice seems to be back in the groove offensively and Podz was solid again across the board with the exception of 3pt shooting.

Stats from the New Mexico State game are now included.

I agree. Lots to clean up before the Broncos’ luck runs out. Torvik’s lines for the conference slate have 9 games out of 16 within 5 points on either side. So more than half of the conference games are projected to be toss-ups–better that the Broncos are not relying on luck by then.