Boise St.:
Leon Rice’s squad is 10-2 on the season. Currently considered a Quad II team on Torvik ranked 58; #39 on the NET Rankings also Quad II.
They’re on a 9 game win streak, have a Quad I win over Colorado and Quad II wins over Wash St., Texas A&M and St. Louis.
Boise St. hangs their hat on defense, ranked 9th on Torvik in Defensive Efficiency, 5th in both Effective FG% and Def Rebounding. But they do not generate a ton of turnovers.
They’ve used some different starting lineups and their best player statistically, point guard Marcus Shaver Jr. (former Portland Pilot), has missed the last several games. Couldn’t find anything on his status. Top players:

Shaver is a 6th year guy and his status for our game will be huge; without him they’ve been starting a freshmen guard, Jace Whiting, and relying more heavily on Max Rice to score.

For our Broncos, the team offense has been fairly inconsistent IMO. While there has been some great individual play and shooting at various times from all the starters, particularly Podz, more recently Justice, and Stewart off and on, the overall team offense has been disjointed at times and has had some lengthy stretches in most games where we struggle to get quality shots. Boise St.'s very good defense will be a stiff test and we’ll need to find ways to manufacture scoring opportunities and avoid those long scoring draughts.
I’m also hoping to see continued growth in PT and contributions from the bench.

Prediction: The Broncos (in red and white) down the visiting Broncos 74-72.

If we’ve got a complete game in us, now would be a good time to play it… and I think we do.

Currently 51 in Denver, high tomorrow of… 3! Give me something to watch, fellas.

I’m with you Nashty. The last 25 minutes against Irvine is about as well as we can play. If we see some more of that, Boise will be a very winnable game.

Put it all together, Broncos. I’ll be in the gym for this one. I’m a little worried that, at 2 pm on a weekday that only like 20% of people will actually have off, no one else will be there with me. Ah well.

Yell loud and grab a beer at the hut for us all!

Shaver is still out, huge benefit for us…continuing the common theme for us this non-con season of facing good teams who are missing their best player(s).

Very winnable game for our Broncos especially with Shaver out.

Shoot 3s, opportunistically attack the rim, crash the boards, and use our depth. Our guys made it look easy in the second half. Well done Broncos.

Much better second half play. First half the guys looked half asleep. Loved the energy from the players off the bench.

Looks like we have a right to be confident in our entire bench. Great play by all.

Hung in there, then pounced. Deep team! They were 38 in NET.

Patty - did I spy you in a black t shirt with a nice companion on the feed??

Good minutes by Knapper again. The youngster is showing real growth. 5 points, 4 boards, 2 assists, 0 turnovers in 12 minutes. Big clutch 3 as we pulled away.

First 15mins, not great. But picked up the pace from there on out, rebounded better and got better shots…we’re so much better in fast break, open court and secondary break situations compared to half court O.

And we seem to be living right…once again catching a good team when they are missing their best player.

Now a bit of a break for Christmas then the Broncos will need to ramp up and prep for a challenging 1st week of WCC play vs. USF Thurs, SMC Saturday.

Merry Christmas to all!

Thought it was a night game. What a pleasant surprise and even if Boise was missing one of their better players a 15 point win is impressive. Boise was highly ranked so this helps us and the entire league after USF beat UNLV and ASU as well. Stewart impressive. Our rebounding appeared to be strong as well. This game will make my Christmas much more Merry…GO Broncos!!!

I was there as well! Bummed I missed you in my first game at Leavey in a bit.

In other news… ALL broncos near and far should book their calendar for 2/4 at USF. Biggest away game in years.

Hoping to break our record of 160 fans a couple years back. I’ll send a link shortly for pregame and game tix.

I think our bench is showing they can do their job. Want our boys to play at this intensity for entire conf play. Good team win.

I plead the fifth, counselor.

Sorry to miss you, MW! I will be in the City for the Santa Clara-USF showdown. It’s always one of the best times with the alumni group there and what you help make happen! 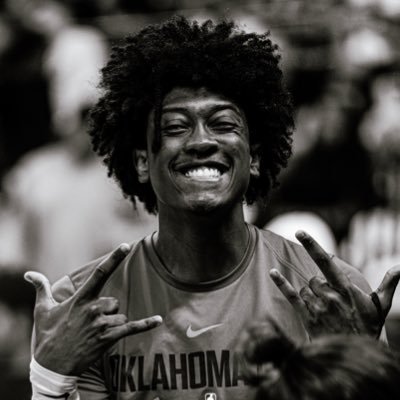 There are still things to clean up for the Broncos to hit that next level. But the second halves of UC Irvine and Boise State have shown that this team really can put it together. It’s not a question of “can they do it?” but rather, “can they do it consistently?”

And from 30,000 feet, SCU is 12-3. No way would I have sincerely predicted 12-3 against this schedule at the beginning of the season. They got a helping hand with some injuries to key opposing players and from at least one team (Cal) deciding to be barely a functioning basketball squad. You wish the Utah State game had at least been closer and SJSU didn’t happen at all. But in the end, this SCU squad found ways to win (often ugly) 12 pre-conference games against a good mid-major schedule. That’ll bring me some Christmas cheer.

Put another way, 12 non-conf wins is the second most ever. The most ever was 13.

I know they play more games than they did decades ago, but still. This is a dang good vintage of SCU hoops and we should enjoy it !

Cheers to all. If we get one of the next two, it will be a happy new year for sure!