I know someone else has mentioned Miles, but we don’t have an official topic page yet. He’s a 6-6 SG from Stockton and is a four-star recruit per 247. He holds offers from Minnesota, Washington, SDSU, New Mexico, and many other mid-majors, but his only official visit was at SCU. Seems like he has some interest from Villanova where his father played college basketball. The first link below is his 247 page, but the 2nd link is a 247 article where he talks specifically about SCU, Villanova, and Washington. For SCU, he stated, “The coaches are amazing. The campus is amazing and they just put in a new athletic excellence center just for sports which is beautiful. Campus is close to home.” It’ll be tough to beat out Washington and Minnesota, but I think this recruit could be great for the program. He will announce his top 8 schools this Sunday, so hopefully SCU is included in there. 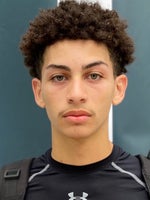 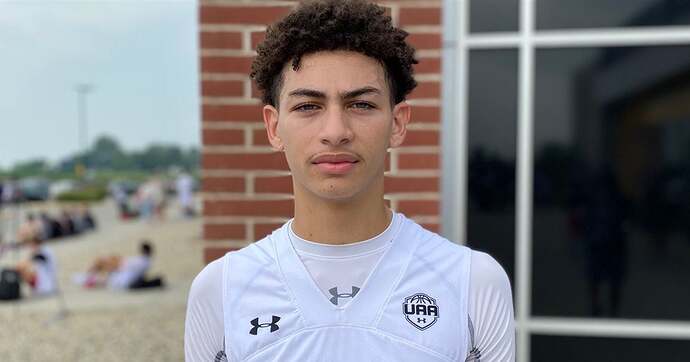 Four-star Miles Byrd coming off of a big summer

INDIANAPOLIS -- Headed into the summer with West Coast Elite's NorCal team, 6-foot-6 shooting guard Miles Byrd didn't have too much going on with his recruitment and his

Right target, sounds like unfortunate timing. You wish he would have stayed under the radar like wertz did.

I’m sure the staff will keep at it but June to September is a long time from the first visit to the last.

Clearly going after a guy that many think can play, though.

SCU is going to have to find guys that don’t draw the attention of other D1 programs (which is nearly impossible). Of course that kid wasn’t going to choose SCU with those other offers.

… Or embrace becoming the transfer turnstile at least for the time being.

Going on in the same manner just isn’t going to cut it.

Things can change quickly in recruiting. Kid could have a great tournament in front of the right people and go from being a high end but reachable target to being completely out of sight.

You’d complain no matter what, anyway.

I would have thought you would rather have targets that end up being too good than commits that aren’t good enough.

Going the traditional route just isn’t going to garner much. You can offer to every McD All-American but that’s just playing pretend as you know that none are coming to SCU.

Got to get creative otherwise nothing changes.

Good grief. Are you testing me?

Scu offered before sdsu. Should they call him back and be like “saw sdsu offered. We’re out.”?

I mean good grief this really isn’t that complicated. Like I said, things can change fast.

Also worth noting that Ensminger probably will take on a similar role, not that scu would have turned down Byrd.

I think our current crop of newcomers is a testament to the adaptability of the staff on the recruiting front. I think this was a creative way to adapt to the changing of the landscape. They didn’t go the traditional route this year.
The current newcomers:
One graduate transfer (PJ Pipes)
One international recruit (Jacob Holt)
One P6 transfer (Parker Braun)
Then three incoming freshmen who are all intriguing. Stewart seems to be a gifted and under the radar recruit. Tongue appears to be a very talented and intelligent kid who was probably attracted to the Silicon Valley and the SCU education.
And Knapper looks to me like a talented player who was overlooked because of his lack of size.

Byrd might have been a long shot, but I don’t take any issue with the staff trying.

I would look at the example of Justyn Fernandez, a top 100 ish who committed to George Mason over later offers from power conferences.

Harvard did the same thing with Chisom Okpara. Obviously, Harvard has inimitable advantages, but they still have to make the effort and be in the game early to beat the big boys.

And then of course there’s Ahjany Lee, who made one of the most shocking commitments in the history of college basketball. St. Thomas wasn’t the first to offer him (for what should be obvious reasons), but they got the commit over half the Big 12 and western Big 10, including Minnesota.