The 11/24 Eye on College Basketball pod went all in on the WCC for a segment and SCU got a LOT of run. While I immensely enjoyed the praise, they did mention that Vrankic is supposed to be out for a couple of weeks with Mono. Obviously we all knew about the Mono stuff but its disappointing to hear that he’s going to be out for a while. 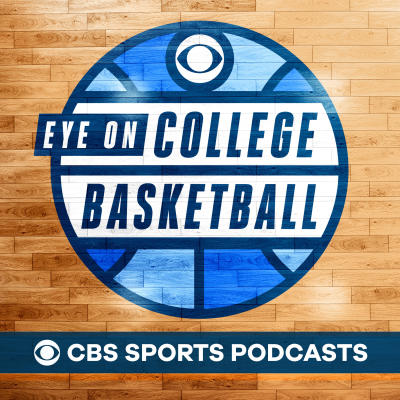 CBS Sports' official college basketball podcast is the most entertaining and informative of its kind. Gary Parrish and Matt Norlander bring the sport into your ears three times per week with commentary, reporting, insider information and statistical...

Yeah, I believe they said during the game broadcast that he would be out at least 4 weeks.

As 'Bob noted, announcers said a month during Mondays. Seems Mono is rarely a quick recovery…never had it myself but I recall lots of friends & classmates did and it was a long, slow recovery. I imagine the 4 weeks is a WAG…maybe it’s 3, maybe it’s 5. I just hope he’s back contributing by WCC play. Fortunately we open WCC play with some easier games (Pacific, USD) so that buys us a little more time.

Lemons in to lemonade…hopefully Vrankic’s absence leads to a little more PT for someone like Tongue. He’s young and a little raw but he’s one of our more athletic posts/forwards and see some strong upside for him. Down the road I see him being a DJ Mitchell or Nate Kratch type contributor.

Re: the WCC hype. Love to see it but I find it amusing how the media is stumbling all over themselves, rushing to heap praise. Everyone wants to be the one to initiate the story, say they saw it coming early in the year, etc. While the attention is deserved it may be a bit premature, let’s see where everyone stands say mid/late December. WCC is looking good for 3 bids, maybe 4. But I have a hard time seeing 5 or more bids which one of the CBS studio guys threw out there Monday night. Deserved or not, I think the Power 5 bias and typical East Cost media bias will prevent that from happening.

Right now the Pac-12 is looking pretty bad beyond the top few teams, and the top WCC is obviously looking a lot better than the top Pac-12 as well.

Lot to play out yet but it’s hard to imagine a better start (I mean one is mathematically possible, but real world, this is pretty close to ideal; even Portland has won a few).