SJSU Article in the Chron 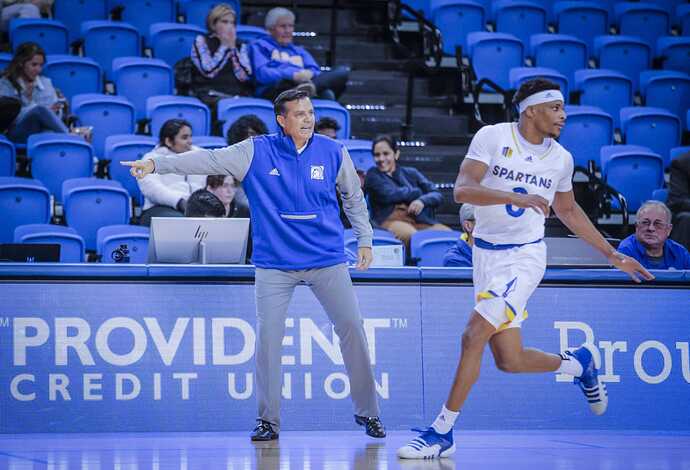 ‘Call me Coach FEMA’: How Tim Miles is rebuilding SJSU from disastrous state

A month and a half into his second season, head coach Tim Miles has San Jose State men’s...

I read it and it was a good article. Pointed out how big their win over SCU was to them. SJS has been winning and moved up in rankings so our loss to them is not as bad as it first looked, though still our worse loss.

Still SCU’s worst loss but, for perspective, SJSU has risen up to 118 in KenPom (just below Trey Wertz’ Notre Dame team) and 109 in Torvik.

At the moment, losing to SJSU is roughly on par with a loss to LMU or USF–which is really a wild statement.

Growing up in Sac, I knew of Darnell Hillman, Ricky Berry, and Tariq Abdul-Wahad… I figured SJSU must be good at hoops.

Until recently we had never lost in their building ever.

Noticed that Cal beat Stanford by 22 last night. Can’t imagine Haase is Stanford’s coach next year. Stanford has reeled in some pretty good recruiting classes but they seem to have very poor player development. I know we recruited Silva hard and he is doing basically nothing for Stanford this year after showing some flashes last year. Harrison Ingram was supposed to be an NBA prospect and he too has regressed. Glad to see SJSU improving. It helps our schedule a lot in future years if they can be a Top 100 team consistently.