SMC:
24-6, NET rank of 18 and pundits have them as a tourney lock.
The Gaels are on a roll and will be playing with confidence coming off their upset of the Zags last Saturday. Since a loss to the BYU in the WCC opener, their only losses are to us and Gonzaga.
I and others here have stated this isn’t a very talented SMC crew. My opinion hasn’t changed despite their success and rankings; their success is a reflection on Bennett once again getting the most out of the talent he has and adjusting their off and def schemes to suit the strengths of his team and hide the weaknesses. SMC’s relies on tough, hard nosed D (ranked 9th on Torvik) and plays a grind it out, slow place.
The one change for the Gaels since we last played them…Kuhse was reinserted in to the starting lineup 4 games ago after coming off the bench the middle part of the season including our 2 games against them. Kuhse has been there leading scorer of late, averaging about 16pts/game over his past 6 games along with 4 assists. Will be interesting to see what our defensive matchups will be. I’m hoping to see Pipes on Logan Johnson, allowing Jalen to guard Kuhse. Hoping Jalen’s superior athleticism and length bottles up Kuhse and forces other Gaels to create scoring opportunities.
The other player we can’t forget about is Tass in the post; he’s strong and physical and difficult matchup for either Braun or Vrankic. I suspect Braun will get the assignment to keep Vrankic fresh and out of foul trouble. Bediako did a good job on Tass the last game so expect he’ll get plenty of PT in this one.

Broncos need to keep the pace of play in our favor, tap in to our superior athleticism and look for scoring opportunities in transition and early in the shot clock. In order to do that we have to defend OK, limit SMC’s offensive rebounds and secure the defensive rebounds to initiate fast break opportunities.

Prediction: Broncos take another one from the Gaels 76-73.

I’d like to add, they have a high-energy sophomore Mullins who really seems to spark the rest of the team with his hustle (kinda like Holt has done for us in some games). He doesn’t get a lot of PT most games, but when he is on the court, he is an absolute pest.

Re: Tass, I fully expect Bediako to foul out in this game - that would suggest a really physical defensive stature, which we will need to try to contain his scoring, and more importantly in my opinion, the Gaels’ rebounding.

I hope you are both right. This would be a great time to beat SMC and who knows where that would lead us.

SMC will make it a rock fight and do all the things that SCU struggles with. Gotta be more efficient than they are and, where possible, try to get the Gaels to gallop a little more like we like to do.

In the other game (USF-Zags):

I think there is some question if Massalski plays for USF because of the ankle injury he suffered against BYU. Golden said they might just rest him to be ready for the NCAA Tournament.

Hopefully we get a classic tonight vs SMC. We have the best player and the better shooting team but they have one heck of a defense. Can’t wait. Will need to channel the same level of physicality we did in our last matchup against them.

Will Zagnation be pulling for the Broncos in the nightcap or do they want the SMC rematch?

Smc now a projected 6 seed! Would be sweet to beat them 2/3 in a season.

We’re due for a game to come down to the final shot, and I like betterers interpretation of how it ends.

I think we scored more points in a game than anyone against TCU and St. Mary’s this year, two tournament teams.

We win this game, I’m (middle) naming this baby Herb

Herbert is a good middle name, unless it refers to this guy: 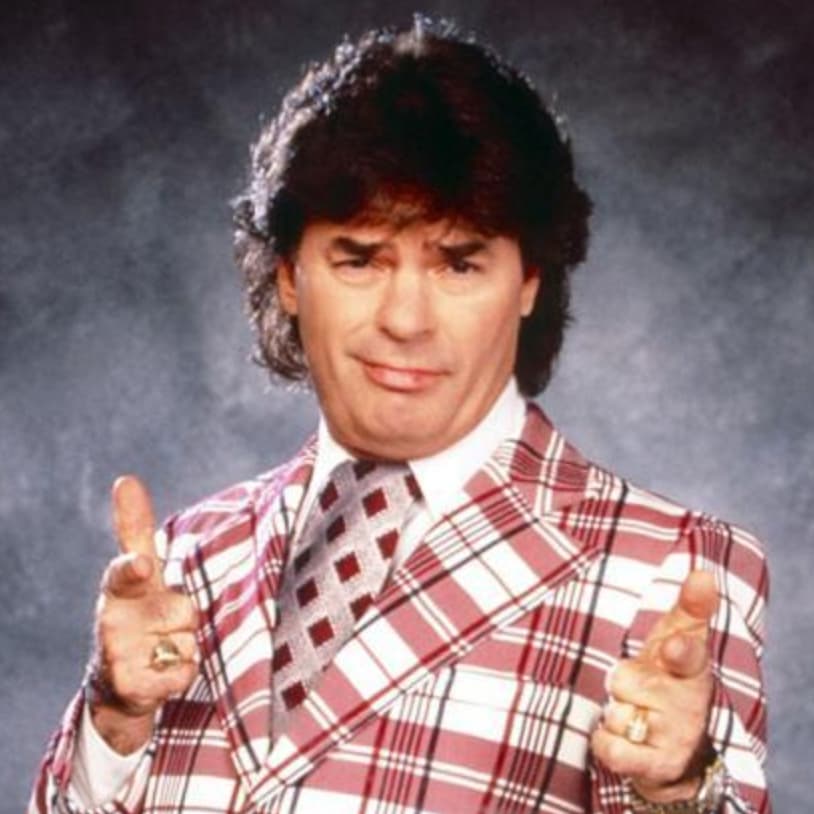 Old guys will get the reference.

Will be interesting to see if Vrankic makes some 3s tonight. Looked very confident shooting them against Portland and has proven to be capable from there this year. We found some success on the interior against SMC last time but hard to count on that happening again. Maybe just give Jalen the ball and spread out Pipes, Justice, Vrankic…and let Braun/Bediako crash the glass?

Smc missed ALOT of easy layups last time around… we need to take that away from them - it’s was easily 16 points left on the table last game.

Yep, but one thing to be encouraged about is St.Mary’s actually made more 3s than us (8 to 6) and shot a higher % from 3 (42% to 40%) and we still won the game. That being said, I definitely think we will need more than 6 three pointers made tonight to be victorious.

Broncobob, those are the games SMC usually wins as they grind and grind but we hung in last time. Tonight a bigger grinding from them. They will make someone other than Jalen beat them and exploit our middle weaknesses.
Have to outshoot them by a good margin to take this one. Good news is Pipes, Justice, and Josip seem to have found their stroke again - need them all.
Hoping Stewart and Giordan give us a huge lift tonight!!!
Go Broncos!!!

Was nice to see Vrankic hit some 3’s vs. Portland but I’m highly skeptical of relying on him to do so consistently. He’s a career 30% 3pt shooter, was shooting just 31% this season prior to his 3/4 performance vs. Portland and had made more the one 3pt in a game just once this season.
In the blowout loss to USF if took and missed 3 or 4 3ptrs in the 1st 10 minutes of the game, contributing to USF running away with it early.
Just my opinion, but I’d rather see others taking the 3’s (Justice, Pipes, Jalen and Giordan) and Vrankic getting his scoring opportunities within the flow of the offense. He attempts a couple then OK but not 4 or 5.

Changing subjects…the spread has inched down to SMC -5. So there are some bettors out there who are confident in the Broncos.

Feed broken on ESPN. I see that Santa Clara brought its usual camera crew and is all setup and ready to go!

I think that SCU is a lock for the NIT with a win.

A loss and it gets very, very dicey.