Good article from USA Today – was written before Illinois was upset this morning: 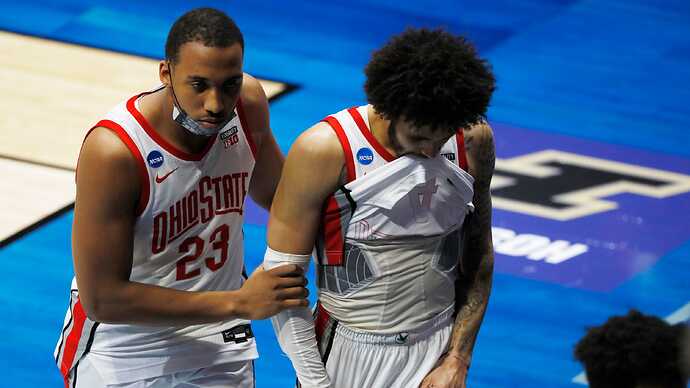 Opinion: Just two days in, the Big Ten is showing its true colors

The Big Ten qualified nine teams, but three already are out after just two days of play in the men's NCAA Tournament.

*> One of the defining questions of this year’s NCAA men’s basketball tournament was whether the Big Ten would flex the superiority that computers and metrics told us it possessed all season long. *
*> *
> Merely halfway through the first round, we have a resounding verdict: The Big Ten wasn’t as good as we were led to believe.

This is a typical “media hot take” that is freezing cold.

Loyola has proven they can win from any seed as long as Krutwig has been there. Oral Roberts was a potent offense against a team whose weakness is defense. North Texas was a veteran team starting 4 seniors and a junior that won a tournament that featured a first round NBA big man. Purdue had 0 seniors and 5 freshmen in their rotation. Michigan State lost to UCLA in a game where probably both teams were seeded too low.

The tournament is all about matchups. One weekend doesn’t say more about a major conference than a whole season. But it gets clicks.

Ken Pomeroy, architect of the WCC tournament seedings (which i didn’t agree with but apparently there’s agreement in the conference that his opinion matters), has the Big 10 with 5 of the top 12 teams. He also had Loyola and Wisconsin the two most underseeded teams of the tournament by far. Loyola and Illinois was #7 vs. #5. Wisconsin/Baylor was #12 vs. #2. Kenpom also regarded highly North Texas and Oregon State.

They wouldn’t call it March Madness if it all went to plan.

By the same writer… 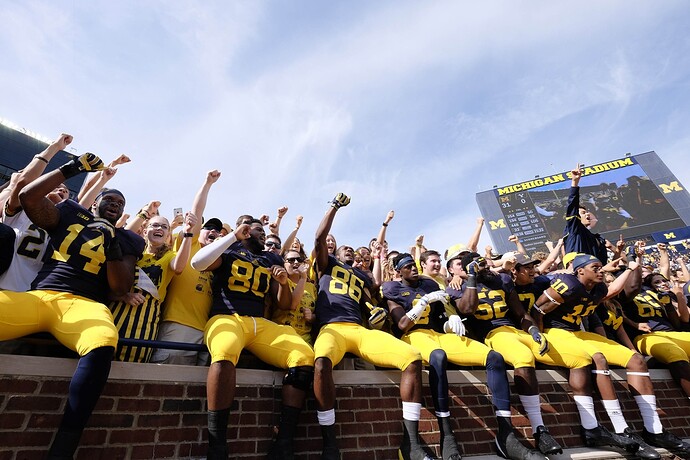 One USA Today writer is all in on Michigan after Kareem Walker's commitment.

Also this. I’ma have to remember this guy. 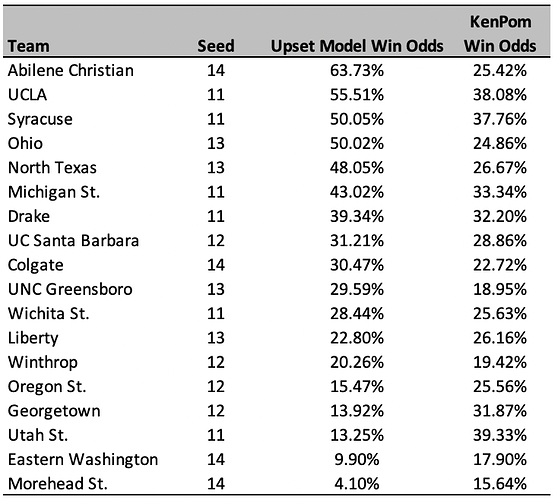 I have to give my pal @JohnEzekowitz a shoutout. Before every NCAA Tournament he provides the Wall Street Journal with upset prediction guide based on his own predictive model. This year ... was amazing. LOOK AT THIS. https://t.co/5lWzogDWZq
buckets March 21, 2021, 11:41pm #4

Everything you state is true, but they are explanations, not refutations. The author’s overall thesis is accurate: the Big 10 conference wasn’t as good as everyone thought. No one is saying that it was a bad conference, not at all. But the teams were ranked (and seeded) higher than they probably should’ve been. I still will argue that the Big 12 was a better conference this year. The teams are tougher and grittier. I guess we will see as the tourney plays out.

Who is everyone, and what did they think?

High seeds are getting taken down all over the place. I think it’s because the experience of the season was so much different for teams this year that the regular season doesn’t mean as much. Some guys it seems like just wanted the season to be over (coughcoughTennessee). The seedings were bad but not the way you think. Loyola as an 8 was a setup for a Sunday game with high viewership in a big market. I’ll never be convinced otherwise. There was no reason to do that. Wisconsin got jobbed. Texas Tech got jobbed.

Some teams didn’t have as many games to be able to work through things as you would normally get, like Syracuse. In a normal season they would have had about 6-7 more games, been in comfortably, and had a better seed. Their offense is really good right now. It wasn’t early on.

Probably a lot of cases like that. I’m just not familiar with all of them. And then of course there are just nightmare matchups like Abilene vs Texas (ball hawks vs. turnover-prone), Oral Roberts vs. OSU (scoring machines vs. vulnerable defense), Ohio vs. Virginia (team that had covid challenges to rival almost anyone except SCU, vs. team currently in the midst of covid challenges, and also a team vulnerable to upset by their style).

I wish I had bet on games bc it’s been a great tournament. UCLA outrighting BYU was the easiest pick of the first round. Oregon State outrighting Tennessee was second.

And the Big 12 lost two teams today in close games. I wouldn’t say that says anything about them being overrated or the like, though.

Texas Tech shouldn’t have been playing Arkansas in this round, and WVU missed about 100 layups while otherwise playing and coaching brilliantly against a team playing much better than their seed.

March wouldn’t be the same without it.

(Looks like 3 Big 12 teams going out. Oklahoma State getting worked.)