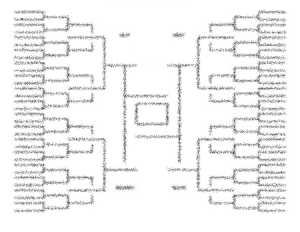 Our Bracketology for 2022! We list projections for all of NCAA Basketball tournament seeds as well as the NIT tournament in March.

They have Santa Clara as a 6 seed in the NIT, and ahead of 11 other teams that make the NIT. It starts to get messy as some mid/low major Regular Season Conference Champions lose in their conference tournament and get their guaranteed slot in the NIT.

That is slightly friendlier in seeding than Lunardis which has byu Usf and smc each a seed lower.

Love the fact we’re ramping up to the best time of the year.

Putting on my bracket filling out hat, Usf and smc would be really tough weekend 1 draws. Smc with their grindingly slow pace and Usf with the ability to chuck up a plethora of 3s and quick guards.

I’m surprised byu (probably name recognition) has survived the slide they’ve been on.

Agree on BYU, 10 seed is way too high, should be a bubble team based on how they’ve fared in the WCC.
The actual selection committee will probably see the same if they dig in to BYU recent games.
Caveat…they have a Sat. game @ SMC, win that one and/or get a quality win overe SMC or USF and that will solidify their chances…absent that, I can see them being left out.

Lunardi literally has BYU as his last team in, so they really need that win in Moraga

we’ve been downgraded to a 7 seed

Is the automatic bid apocalypse coming? Conference tournaments start in one week (yes, one week with the first round of the NEC Tournament) ...

He does say in that piece that he moved SCU (and MO St.) down for geographical convenience, implying that it was not for some other concerning reason.

I’d be surprised if BYU makes the NCAA field… they have been horrendous lately losing 5 of their last 7, the 2 wins being an OT win over LMU and a squeaker at Pepperdine. Even USF seems like they are on thin ice… 1 unexpected loss from being out.
Assuming both BYU and USF are left out of the NCAA do you think they would take 3 WCC teams in the NIT?

BYU are clearly on the outside looking in.

USF is on the right side of the bubble but a quad 4 loss right now would of course be devastating. They got the 1 (Portland) but pacific and SD are bad and USF should beat down on them.

Any mid major taking an L right now is in trouble. St Mary’s body of work could probably hold an L like that but it would be bad.

Agree bettererer, if tourney selection committee has watched BYU of late it’s unlikely they were impressed. As you noted, struggled just to beat Pepp and LMU last week. It’s all Barcello and not much consistent production from anyone else.
BYU plays LMU and Pepp again at home this week, those should be easy wins but won’t help their NET. Maybe they’d have a chance at an NCAA bid if they make it to the WCC tourney final but I don’t even see that happening…as a 5th seed they’d need to win 3 just to get to the finals and will have to beat 2 of the top 4 to get there…a tall order the way them been playing the past month or so.

I realize strictly a projection with so much left to be determine. A #4 seed = 1st Round home game. Go Broncos!!

Don’t love some of the commentary in the Comments section from one of the guys who runs this site (Ctrl-F “Santa Clara” to find it). Seems they feel we may have to win Saturday and Monday to make the NIT. I like the dratings.com projections much better!

Going to have to root for a high # of league champs (auto NIT bid) of mid/lower conferences to also win their conf tourney so they get the NCAA bid and not suck up NIT auto bid slots.

If you want a rosier projection, here’s another guy who does NIT brackets and has SCU up at a 5-seed and less likely to be knocked out of the field (though a 1st round WCC Tournament loss might do it, I suppose).

NIT is great and all, but it does seem heavily tilted to major conference schools who tend to pack their arenas.
As much as the NCAA tourney is a massive financial winner, the NIT likely runs at a slight loss (and they have that in mind when they select teams)

Just curious, how would it be a loss?

Do tv rights and sponsorships not outweigh costs? Are there any costs outside of travel and stadium ops?

There just isn’t much viewing interest in the NIT… Only their final 4 @ MSG draws any viewership (and even that is nothing to brag about). Stiff competition as the NCAA Tourney runs at the same time. Kind of college hoop overkill. Still a solid tournament, and miles better than those 2 joke tourneys.

I must correct myself… was just reading an article that showed that the NCAA makes about 2M in profit from the mens NIT (although they do also come up on the short end of the stick concerning the Womens NCAA/NIT where there is about a 3M shortfall). Looks like the NIT almost covers for the NCAA Womens Tourneys.