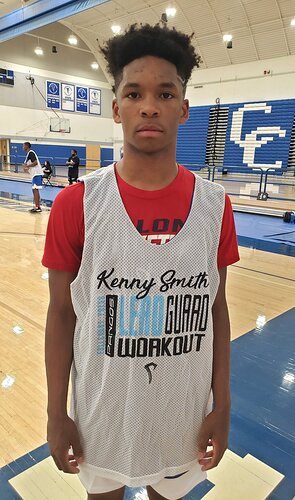 Watching @Bkelite03 again last week at the MAP during a @BYGLosAngeles reminded me why the future Santa Clara Bronco is the most underrated PG in the Western C/O 2021.

Calls him the most underrated PG prospect in class of 2021 for the West Coast.

Thanks for posting Bob.

I hope my eyes haven’t deceived me but I was really impressed with the speed/quickness/burst Knapper displayed in videos from a year or so ago. Been awhile since we had a point guard with that level of athleticism. But we need that type of quickness to match the current/recent guards at USF, Pepp and Pacific just to name a few. A huge benefit to your defense to be able to pressure and harass the opposing point guard, deter penetration without help defenders….really disrupts the opposing offense, can generate turnovers (directly or indirectly) and forces them to work harder for decent shots.

Don’t know if Knapper will be ready to start from Day 1. I suspect PJ Pipes will get top consideration for the starting point guard spot but hopefully Knapper is at least ready for steady/consistent minutes off the bench and then maybe a starter as a sophomore.

I am buying P.J. Pipes stock considering how statistically, he’d probably been the best player on the team last year.

If he’s replacing Carlyle, its not even close what the production could be from the lead guard spot.

Does that adjust for competition? WCC is a better league than HL, and it looks like he wasn’t so good vs. top 100. But yeah, I think he’ll be solid, if not spectacular, and definitely more of a 3 point guy than Carlyle.

I am not buying Justice being our 5th best player at all, though. Though I guess with how bad he shot during the covid disruption, I could see how the numbers get there. But we know he’s better than that.