First covid postponement of the wcc season for us strikes quickly… San Diego (game on 1/1) has paused basketball for mens and womens for a week.

Likely many more to come. Slim chance at full league season this year.

Looks like UOP game is cancelled too. January might be a rather quiet month for WCC hoops

You’re right, I missed the news within our own program!

Not sure if anyone else looked at the seeding guidelines for the WCC tourney. (Yes, I am a nerd.) It specifically calls for a strength of schedule weighted winning percentage seeding methodology.

Scu as well as usd

Haven’t seen anything on the extent of it

On the men’s side, 5 of the 7 games scheduled for this week have been postponed. Only games still on as of now are GU @ LMU and USF @ SMC on Saturday…maybe…pending a COVID outbreak in the next few days of course. USF-SMC would be an interesting and important game if it actually happens.
As far as I can tell, BYU and Pepp men are not in shutdowns but have no games this week due to opponent COVID shutdowns…the league could pivot and have BYU play Pepp on Saturday or Sunday, with the mindset of getting in games whenever you can…did a lot of that last season. That said, w/ Omicron spreading like wildfire and infection #'s setting records, the league’s mindset may be that’s it best just to sit on the sidelines and wait things out for a bit.

If schools are actually testing and following CDC guidelines then January is pretty much going to be slim pickin’s in terms of WCC conference games.

I’m well aware of that but actions taken aren’t up to you or me…it’s up to the local health districts, the schools and WCC.

On one hand, with CDC guidelines on quarantine/isolation essentially dropping from 10 to 5 days that opens the door for some less conservative approaches from local health districts and the WCC…whether they change their approach or not remains to be seen. That said, we’re likely still on the ascending side of this current spike without knowing when or what the peak will look like. And while hospitalizations aren’t increasing at the same rate as cases, they are increasing and there are already isolated examples in certain locations where hospital capacity is of concern. Many hospitals are currently short staffed and are operating at reduced capacity which makes matters worse. So I imagine there is concern from some in public health about dialing back too soon on restrictions and actions. And 9 of the 10 WCC schools are located in CA/OR/WA…some of the states that have been the most restrictive and cautious.

All we can do is stay tuned.

And on a related note, SCU notified students a day or two ago that classes would revert to all on-line for at least the first 2 weeks of the Winter quarter which begins Monday.

Smells a bit like noob 22.0 to me. Hand moves closer to the block all posts forever button

99% certain you are correct. The ‘…everything that’s happen. Can’t catch a break.’ is one of the giveaways…typical 'noob excuse narrative.

Fair warning for those who wish to put 'noob on Ignore.

and look at that – I don’t even see the nonsense! IGNORE works brilliantly. And my life is markedly better for using it.

“Never make excuses. Your friends don’t need them and your foes won’t believe them.” 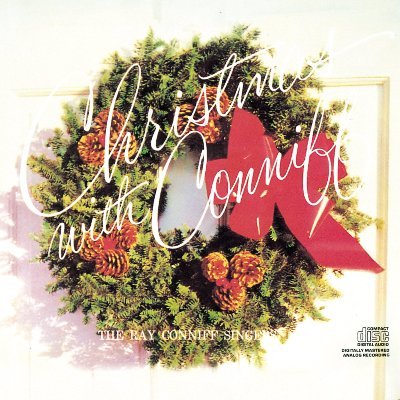 @MattNorlander
Sources said WCC is meeting today to determine next steps and alterations w/ league schedule. WCC lost all its games over the weekend b/c of COVID. With GU/BYU/SMC/USF as the top four teams, the emphasis needs to be making sure those four all play each other twice in reg. season.
buckets January 3, 2022, 6:37pm #19

the approach makes sense to me…

Thursdays game against smc is postponed due to cases “within the smc program”.

I noticed that Usf picked up a game against Loyola Chicago… can we call stanford for another power 5 win?

I saw where Stanford is going to only allow student athlete parents to attend games for the time being.

You got to hand it to Golden and USF…. Hustling for a rather significant game instead of just sitting around.

I saw an article yesterday about UCLA finally recovering from team COVID and is dialing for dollars looking for games:

Interesting aspect is that they are free to schedule any non-conference games, but a beholden to the league for conference games. Makes sense, but its a barrier to getting games in.