LMU:
9-14 overall, 2-9 in the WCC, coming off an OT loss to BYU at home and a loss to Portland last week. Only change since the 1st time we played them is that reserve 6-8 forward, Alex Merkviladze, was inserted in to the starting lineup in recent games giving them a more traditional frontcourt alongside Eli Scott and Leaupepe. Reminder that talented 6-7 wing, Dameane Douglas is out for the season. With Douglas out, their offense continues to center around Eli Scott as it has for several years. Remainder of starting lineup are 6-2 guards Cam Shelton and Joe Quintana (best 3pt threat on the team).

For the Broncos, we need to flush the terrible USF game and move on. It’s absolutely critical we win the remaining 3 games against low-end WCC teams, LMU, Pepp and Portland in order to finish in the Top 4 in league with a chance at 3rd place depending on how other games shake out. 3rd/4th gives us a two round bye to the tourney quarterfinals, then need to win at least 1 to give us a strong shot at an NIT bid.

Need to see a return of the strong offense after the step backwards against USF. Justice has not scored much of late, 3 straight games of 8 pts or less and only two total 3 ptrs made in that stretch; worried that the heavy minutes he’s been playing (34.5/game, more or less the same as Jalen) are starting to take a toll; hopefully just a mini slump he bounces back from. Also hoping the reemergence of Pipes we were seeing the few games before USF continues.

Prediction: Broncos return to the win column in a grinder, 77-72.

I’ll be watching, go broncos! 20-10 would be pretty dang good before the WCC tournament… if we zoom back. Hard after the tantalizing possibility of even more.

what do you guys think of the USF-SMC game? I guess we want SMC to beat USF so that we improve our chances at 3rd place…but what do you THINK will happen?

Based on talent alone, USF seems to have a clear advantage…but they’ve had some inexplicable losses coughing up double digit 2nd half leads to BYU and SMC plus the Portland loss at home.
And SMC continues to play well including playing Gonzaga fairly close last week…16 pt loss but was as close as 8 with just 3 minutes left.

So who knows…I wouldn’t touch this game if I was in Vegas.

There’s so many scenarios at play here because smc still has gonz and a huge matchup Saturday against byu.

My head is spinning a bit but I don’t actually think there’s a way for us to get 3rd anymore (or even 4th) depending on tiebreakers if everyone takes care of the “should win” games.

Does this hokey feed not have the score?

Who pays for the WCC network ? No commercials ?? So weird 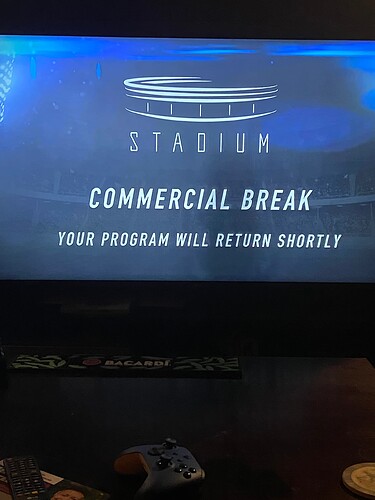 No clue… I have YouTube tv and somehow the usd-port game is on stadium over this game. So bizarre.

Someone give jaylen the

It is ridiculous that we don’t have Jalen bringing the ball up (or at least make him initiate the offense). It worked fine against St.Mary’s for almost the entire second half!

Herb’s hunker down and give it to Vrankic on the blocks offense is such a waste of a talented offensive team.

Bad first 15, good last 5. Keep it up in the second half, noticeable difference in pushing the ball up the floor with j will

I think we scored on like 80 percent of the possessions where Jalen brought it up and then we isolate with someone else on the last play of the half?!?

But yes, glad we made the switch to having Jalen bring the ball up. If LMU jumps him with two guys all night then Jalen is capable enough to see over them and let his teammates play 4 on 3 all agame.

Am i missing him, or is Pipes not playing?

He is playing. Had 5pts.

thx. came in late and only saw stewart on the floor. Using my phone to play on apple tv so can access stats.