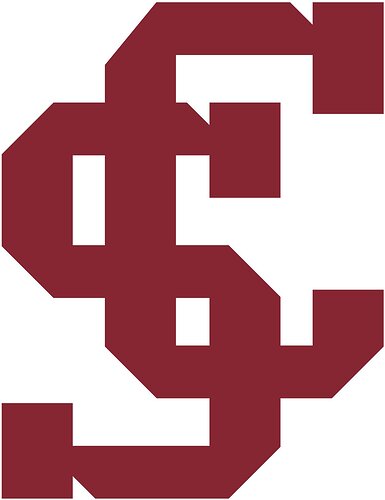 @KendallBlue9
After a great zoom call with Coach Sendek and staff, I am blessed to receive an Offer from the University of Santa Clara! #gobroncos 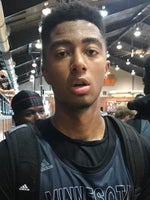 Kendall Blue, SG, Class of 2022, from Minnesota has received an offer from the Broncos and has his official visit this Friday (6/25/2021). He’s a 4 star recruit ranked at 123 based on 247 composite. Based on his insta story, it seems like he is already at SCU, and posted “Santa Clara is fun asf!” Hopefully that isn’t sarcasm haha. Looks to be a strong recruit. He holds offers from Western Illinois, George Washington, Wyoming, Marquette, Cal Poly, St. Thomas, and Appalachian State.

Marquette, SCU and St. Thomas are the 3 visits he has scheduled/gone on, which should tell you enough about him not being a typical high school kid. St. Thomas has yet to play a Division 1 game.

His mom is one of the state athletic commission directors and a summer camp organizer, so I imagine she has a pretty strong BS meter when it comes to coaches.

Looks maybe a little underdeveloped athletically but fundamentally strong and, like seemingly all of SCU’s recent recruits, a very good 3 point shooter. But he has some leaping ability, too. Will be interesting to see if he takes charge more this year – he has played with older guys that ended up at Baylor and Wisconsin (23 in the below video is the Wisconsin kid), and it seems his personality is more to fit in and let the game come to him than to be a star.

This is old video from the beforetimes of East Ridge vs. Minnehaha. Minnehaha won, of course, but he doesn’t look overmatched going against 2 future lottery picks. Can also see Suggs being a cocky, whiny jerk didn’t just start in Spokane. Too bad the NBA is love em hug em these days…back in the day a young guy like him would be in for a rough baptism into the pros.

Not sure really where this fits (maybe we need an omnibus recruiting thread), but per the broncohoops instagram that was recently shared,

Miles Byrd of Stockton and Jacob Conner of Archbishop Alter (near Dayton, Ohio) have recently visited SCU as well along with Blue and Stansberry who was previously mentioned in another thread.

Don’t know much about Byrd. Conner would be a very interesting player. 6-9 guy whose worst attribute is shooting. Can pass, rebound, defend guards.

This would be a great get. I think he is also offered by USC

Kendall Blue has just committed to University of St. Thomas.

Wow. Huge get for them. Staying home to build something new in his hometown and staying loyal to the first program to offer. From an SCU perspective, not a fan. But from an overall perspective, I am. It’s good for the game and heart warming in general.

Never know these days, might get another shot at him. An open scholarship is just a future incoming transfer.