Portland:
18-13, have one 6 of last 7 vs. the WCC, only loss to us.
As many have noted, a revenge game for the Pilots both for last Saturday’s loss and us bailing on the game @Portland.
Some things to watch for:
PG Mike Meadows did not play last night and has been in/out (more out) of the lineup the past month with a back injury. I’m wondering if they rolled the dice and rested him last night so he’d be able to play today…we’ll see.
With or without Meadows the Pilots played a very tight lineup, effectively only played 6 vs. us last Saturday and the Pilots tired a bit in the 2nd half last Saturday. The 2nd half pace picked up and when we started to pull away they didn’t seem to have the energy to mount a challenge. We play our best at faster pace anyhow, but it’s maybe even more important to do so today to wear them out especially with the back-to-back games for the Pilots.

Also, Portland’s lineup creates some unique matchups. They don’t play a true post; 6-5, 225 wing Chika Nduka effectively plays that role. 6-8 forwards Wood and Sjolund are two of their best 3pt shooters and primarily operate on the perimeter. 6-6 wing Tyler Robertson is their do it all guy, very versatile, the offense often runs through him and he likes to back guys down and score in the paint but can also shoot the 3, he’s also a great passer/facilitator leading them in assists. Keep an eye on our defensive matchups on the Pilots.
The flip side is there are some matchups that we can exploit…if Meadows doesn’t play, they really only have one traditional guard (Chris Austin) in their rotation, he will probably match up on Pipes. That leaves someone like Robertson or maybe one of their forwards trying to guard Jalen, Jalen has a decided quickness advantage there. And Vrankic had is way with usually shorter guys like Nduka guarding him, we’ll see if the Pilots try a different approach.

Our shots for falling in the 2nd half last Saturday, need that to continue. 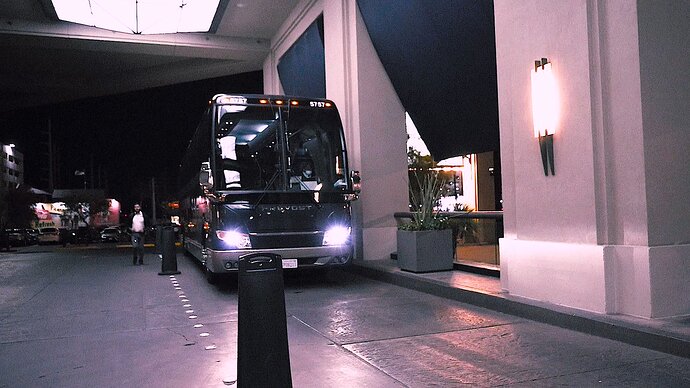 @SantaClaraHoops
The stage is set We are taking on Portland again in tomorrow's quarterfinal! Catch the action live on ESPN2 at 9:30 p.m. PT 📰 - https://t.co/kG5TcIYHTu #StampedeAhead https://t.co/zEXbFkL9pY
Midwestbronco14 March 5, 2022, 4:40pm #3

Orleans arena always seems to have our number, but I feel more confident than ever we’ll get to Monday night. There hasn’t been an upset yet (knocks on wood) in the tourney.
Much slower pace than last game vs Portland.
78-71 broncos.

The line on ESPN has now moved up to -9.
Strange…I like that Vegas and bettors have confidence in the Broncos but still surprising given how well Pilots have played of late. Plus, it’s a neutral court game…if we were playing at home, what would the line be??? -12, -13?

I read a study on the implications of playing on back to back nights and it comes out to a 2 pt negative per 100 possessions for the team playing its second game in two nights, so maybe that has a little to do with it.

Also, nothing too revealing here but Moses Wood from Portland says they are going to really focus on containing us in the post (last 10 seconds of the clip). If you are the underdog might as well roll the dice and make it a 3 pt shooting contest.

The man himself had a few words for us after tonight’s dub! #WeArePortland#GoPilots pic.twitter.com/CLDIUfWrHz

I will add Bediako is playing very well lately. According to the analytics he has been almost as valuable as Keshawn in Conference play.

True on Bediako.
The unfortunate flipside is Braun has kind of tanked in the later part of WCC play…avg. just 2pts/game over his last 6 games. That’s partly due to his minutes dropping with the emergence of Bediako but even adjusting for minutes played, Braun’s productivity has dropped.
Seems he’s lost a little confidence on the offensive end. I’d like to see him be more aggressive attaching/finishing at the rim when he does get touches and opportunities, seems lately he’s settled for mid-range jumpers or not looked to score at all. He’s obviously not our 1st (or 2nd or 3rd) offensive option but we’d benefit from him being more aggressive when scoring opportunities present themselves.

That’s partly due to his minutes dropping with the emergence of Bediako but even adjusting for minutes played, Braun’s productivity has dropped.
Seems he’s lost a little confidence on the offensive end. I’d like to see him be more aggressive attaching/finishi

Sjolund has pretty good hops but the Pilots don’t have much length other than that. I am hoping/thinking Braun and Bediako have the opportunity to tap back a lot of offensive rebounds for 3pt attempts.

Agree with Bronco Bob and 92bronc. Been really encouraged with Bediako’s game, especially on the glass. Any offense generated by him is gravy, but his contributions off the bench in addition to G. Williams and Stewart are valuable. I am hoping that UP’s legs will become a 2nd half factor if going with a 6-7 man rotation. IMO, a win is needed to stay relevant in the NIT conversation.

Lastly, does anyone have any thought or insight into M. Tomley…Nursing an injury? I wouldn’t be surprised if he enters the transfer portal, as I expected him to be a larger contributor. Obviously, that hasn’t happened.

According to Legans, Meadows might play. I think it is pretty much a lock he will see some time if that is the case.

With a 5 man rotation (6 if Meadows plays) they have to be very careful defensively. That’s a big advantage for Vrankic who’s so savvy with his body and angles in the post. I think that’s one reason why Herb likes to give him all those touches down there, even though good, larger defenders sometimes make this appear to backfire.

Run fast and play tough. That should wear the Pilots out. Beat them so there’s no doubt.

SCU is the superior team in this one. Leggans is going to come with a different look, that’s for certain. Sendek best be ready to make some adjustments as I doubt Vrankic is going to find easy pickins on the block this time around. My guess is the Pilots crowd the key and SCU gets lots of open looks from the perimeter… best knock them down.

Wow Jalen Williams is on fire

Great first half!! Can’t ask for much more from the 4 starters and difficult to complain about anything.

My only complaint is the foul imbalance. I don’t think they should have been in double bonus. And that’s with the Broncos, admittedly, getting away with the foul on the Moses three.

I am still mad at that ridiculous charge call on Carlos Stewart. Robertson was sliding across the lane like a windshield wiper!

Keep it up guys. Love that Pipes made that last jumper before half.

It was a bad call. I don’t love the Jalen charge either but maybe that should have been a no-call rather than literally go the other way like the one on Carlos.

Braun…Good to see him starting 2nd half strong.

I actually kinda wish he’d take an uncontested three. They’re giving them to him, and we know he can drain one.