Miller out at Arizona 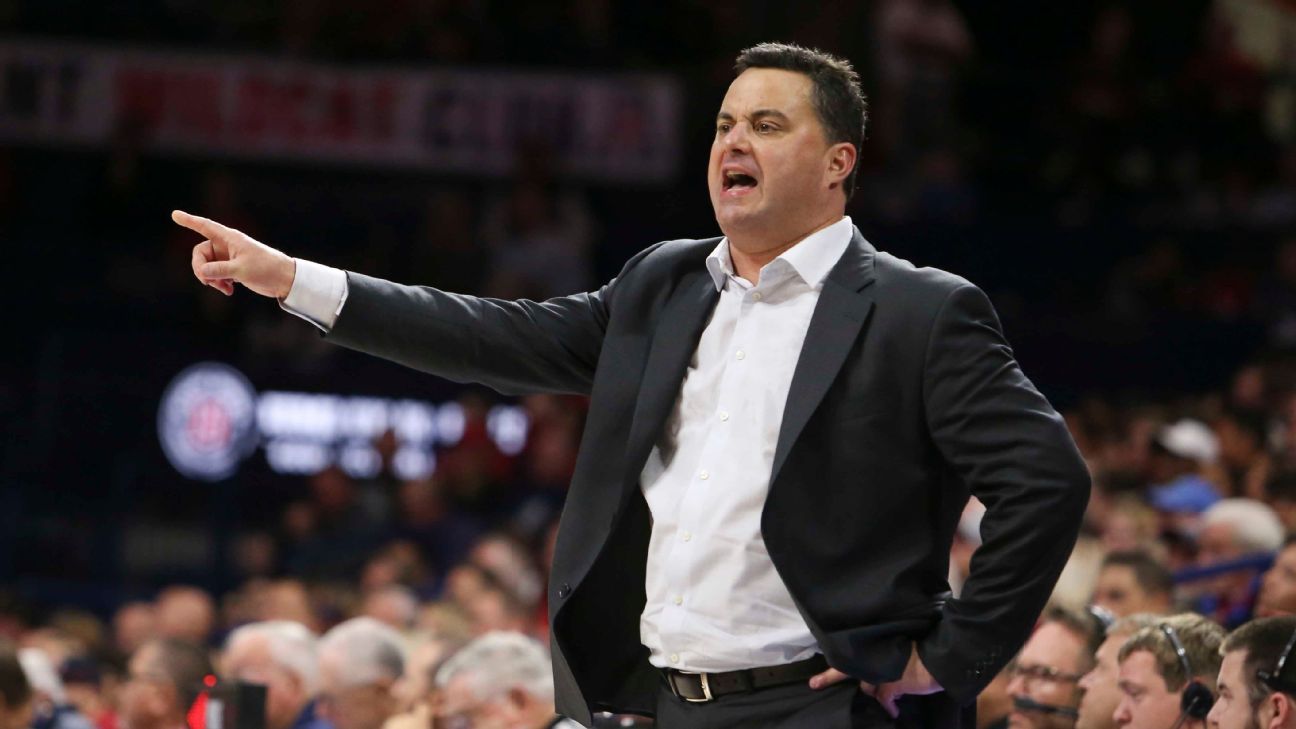 Arizona has fired basketball coach Sean Miller, sources told ESPN. Arizona had been ensnared in the 2017 federal investigation into corruption in college basketball.

Thought that this was especially relevant, as the article says that Tommy Lloyd (Few’s top assistant at Gonzaga) is “buzzing” as the likely replacement for Miller.

Would be a long overdue opportunity for lloyd but would they rather have someone with head coaching experience to clean up that mess?

Archie may have gotten fired but he kept his integrity.

Will be interesting to see how this shakes out for both Arizona and GU. Lloyd was the ‘coach in waiting’, guaranteed the HC job if/when Few moved on. Arizona seems like a dumpster fire at the moment; NCAA penalties for Miller’s misdeeds unknown.

And for GU, Lloyd was primarily responsible for their international recruiting pipeline. Few and other assistants will have to step up to fill the gap.

Well, they kind of aren’t really recruiting internationally anymore now that they’re recruiting top 50 and above, and transfers. Sadly, probably won’t affect them too much now. Seems Few knew this day was coming and already pivoted in preparation for it.

The NBA academies and such make it easier also.

I don’t think it’ll matter much to Gonzaga, and Arizona was already heavily recruiting internationally. I kind of think Lloyd missed his window where his specialty had maximum value. It will be interesting to see how he does now. 5-10 years ago, he might have been the most valuable assistant coach in the country.

Not been a good year to be a Miller. Sendek has had both on staff and of course Archie played at NC State. Apparently Archie took better notes on conduct and ethics.

Well, they kind of aren’t really recruiting internationally anymore now that they’re recruiting top 50 and above, and transfers. Sadly, probably won’t affect them too much now. Seems Few knew this day was coming and already pivoted in preparation for it.

Sort of…no doubt they have recently been able to recruit Top 50. Collins a few years ago, Suggs this season, top 10 Hunter Sallis next year and they are the favorite to land #1 2021 recruit Chet Holmgren. That said there were several international recruits on their roster this season, they just didn’t crack the rotation. Their international recruits have served them well, especially in the front court so I doubt Few will entirely turn away from the European/International players. European guys tend to have mature skill sets playing in the club/pro system in Europe with more focused player development and fit the style of play that Few/GU emphasize.

I do think it’s a questionable/risky decision for Lloyd. He was guaranteed the GU gig when Few retires. Few is 58ish and I don’t see him seem coaching in to his 70’s like Williams, Boeheim, Coach K, etc. I wouldn’t be surprised if Few steps down from GU in his mid-60’s. Maybe not retire all together…could see him getting more involved with USA basketball (has been an asst. in the past) or jump to the NBA even as an assistant just to experience something different. But appears Lloyd grew impatient. It will be generational wealth for his family so they’re set for life even if he gets canned in 4-5years. And who knows, maybe he’ll overcome any short term NCAA sanctions and get back to the success they had early in Miller’s tenure and Lute’s days.

Re: Millers…yes, a rough month or so for the family. Limbs of the Sendek coaching tree dying off. I expect Archie will get another shot soon if not this coming season. Sean may be toxic and untouchable for awhile…though careers of Pearl, Sampson, Calipari, etc. weren’t derailed so whether Miller deserves it or not I suspect we’ll see him as a HC again.

Both the Millers will be back, no doubt.

Lloyd can always go back to Gonzaga.

I’m not sure it’s necessarily true that Lloyd could go back to Gonzaga. Maybe. But my guess is that if he does really well at Arizona, he stays. If he flames out, Gonzaga won’t take him back as a head coach (they’re too good to get Pac-12 cast-offs). He could be back on the bench as an assistant, I suppose, but that would depend on both an opening and a real desire on Lloyd’s part to return to his old position, likely having lost his sweetheart deal to succeed Few. I’d bet that if Arizona doesn’t work out, he either retires or uses his Pac-12 coaching resume to take a head coaching position in a mid-major conference (maybe even the WCC if the AZ job isn’t a total disaster).

Not that he’s to be pitied. Like you’re saying with the Millers, Lloyd can have as long of a career in college basketball as he wants. I just have my doubts that he’s ever on the bench in Spokane again (unless as the head coach of nearby EWU, maybe).

I’m not tremendously concerned about it but if he has success at Arizona I’m sure if he wanted the job at Gonzaga, he would be a top candidate. But he may not want to leave.

Few might not retire for 10 years. I think he made right move. Really, he should have made it sooner.

Very true. That said, leaving now rather than even 3-4 years ago is probably the reason he gets the Arizona job rather than becoming HC at Grand Canyon.

I’m not sure it’s necessarily true that Lloyd could go back to Gonzaga. Maybe

Agree. May be a matter of: ‘You can’t go home again’ …things will evolve and change at GU and for Lloyd over the next 5-10 years. Perused the GU board when Lloyd’s hire was announced…when the subject of Lloyd returning to GU some day is mentioned, some of the ‘insiders’ responded: ‘that ship has sailed’.

GU assistant Brian Michaelson is now the heir apparent to Few. Former walk-on for Few, youngish, bright personable guy, and he was supposedly the point man on many of their recent higher end domestic recruits.

One other random Lloyd note…his son Liam is a freshman 6-4 guard for GCU, will be interesting to see if he transfers to Arizona to play for his dad. Seems the family likes AZ… He was good and successful here in HS, played with GU’s Anton Watson, legit D1 player but maybe not Pac-12 caliber.

It probably is true that he wont go back. You don’t leave Arizona for the WCC. And if isnt at Arizona at that time, he probably wouldn’t be a candidate. I sort of doubt there is a contractual heir now.

Tbh, I think few will be there long enough probably Mickelson will leave before.

Someone leaving and coming back would probably be the best scenario for them.

It sure beats sitting next to Few for the next decade and just waiting. Tommy is not a cheater (unlike Lute or Miller) so I’m not sure how well Arizona will work out for him.
I’ve always hated UofA but honestly I hope Tommy does well there.

Perhaps Sendek could hit him up for a game? Sure beats playing Idaho St. or the likes.