Pilots hired Shantay Legans, who had a pretty good run at Easter Washington. If he brings his two best players, who are in the portal, the Pilots will be much better. The Big Sky has exported some decent coaches (Wayne Tinkle just a few years removed from Montana). Hope things pick up in Portland, it would be good for the league.

Boy, that’s a hard one to understand. Seems like legans could have done better. Oh well.

I’ll agree w/ 'noob on this one, Legans is a young coach, and just made the tourney and fared well vs. Kansas, you’d think there’d be some other decent options for him.
As a Spokane resident I follow EWU a bit (located in Cheney…20 mins from Spokane). Legans has done well at EWU the past 4 seasons and was a longtime assistant under Jim Hayford who jumped to Seattle U. The program has been solid and usually top 1/3 of the Big Sky w/ several 20 win seasons and a couple of tourney appearances.
Portland is a tough place to win…small school, limited resources and they have to compete with the PAC-12 schools and Gonzaga for PacificNW talent. I suspect it was a bit about $$$. The EWU athletic department is deeply in the red and historically hasn’t been able to pay their coaches well…I think Hayford was making less than $200k when he left 4 years ago.

As jackjim noted, several of EWU’s top players already entered the transfer portal including the Grove brothers who combined to put up 50-somehting pts vs. Kansas…older brother Tanner should be grad transfer eligible and was the Big Sky POY. Another good EWU player who entered the portal is Jacob Davison…an athletic and talented 6-4 guard, was All-League last year, but suffered through some injuries this season. Would be a big bonus for Legans if any of these guys follow him to Portland.

Yeah, agreed, this seems like a really solid hire for Portland. The WCC has stepped it up with coaches. I always thought Reveno was pretty good, but man, just seems like a really hard place to win and he had a tough time. At some point, I’d love to see the board rank the WCC coaches, but I imagine that would be a disaster. Would just be curious to see what people think. At any rate, this hire feels like a solid step up for Portland and he’s a Cal guy, so I can’t help but root for him a bit.

I guess after a dozen (and I did not realize it had been nearly that long) at EWU, Legans is a PNW guy and not a California guy in his mind. But he’s still gotten players from CA as well as a few from Australia (will be interesting to see if he competes with St. Mary’s for that level of player from there).

My initial thought was wow why? But yeah, the flip side is definitely that’s it’s a good hire for Portland. Now they have to do something to support a coach that actually has the ability to make a difference there.

As far as coaches I rate in the conference, leaving Few and Sendek out of the conversation, I would say Stan Johnson. He was a very good recruiter both at Arizona State and Marquette (he recruited Markus Howard to both). He definitely got out of Milwaukee at the right time. It wasn’t his fault the Hausers didn’t want to play for Wojo. And it might not be the hardest thing in the world to recruit SoCal players to LMU, but he has gotten off to a good start with it.

And cheating or not, you have to respect Randy Bennett’s ability to develop teams, even if you shouldn’t respect the way he has gotten players.

I would be a lot more reluctant to rank the worst ones, bc I don’t think there are very many outright bad ones.

I would think the Groveseses would have bigger programs after them, including possibly bigger in-state programs in eastern Washington.

Hopefully they’re looking to leave the area. Maybe SCU will be involved with 1 or both. Tbh we probably don’t have a chance either. 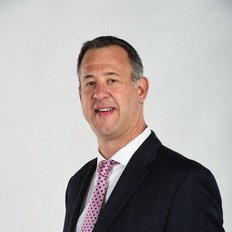