SMC:
Gaels are 11-4 overall and coming off the blowout 85-58 win over USD. This is not a Gaels team of elite talent, but Bennett is once again showing why he’s arguably the best coach in the WCC. His teams are almost always better than the sum of the parts and this season is no different.

Advance metrics: Gaels are ranked 39th on offense on Torvik and shooting the 3ball well at 37% though they don’t rely on it nearly as much as USF. But defense is where the Gaels hang their hat, currently ranked 4th on Torvik (and 3rd year in a row in the Torvik Top 15). The lead the nation in Def rebound % and are 34th in effective FG% defense.

This game will be alleyway brawl compared to the more uptempo USF game. SMC plays at one of the slowest tempo’s in the country, partly because teams are often going deep in to the shot clock to get a decent shot attempt which slows the overall pace and reduces possessions.
The Gaels lost a lot with departures of Tass, Kuhse and off/on starter Fotu. But Mitchell Saxen has stepped up in the post, has more than replaced Tass, and is having a great season…he’s arguably the 2nd best post in the league behind Timme. And freshman sharpshooter Aidan Mahaney looks like the next Naar or Mickey McConnell and leads them in scoring. And can’t forget the athletic, Logan Johnson, a slasher who has had some very good games against the Broncos. Current Gaels starting lineup:

For the Broncos…the Bediako - Saxen matchup will be one to watch, need Jaden to hold his own, foul trouble is a risk. Holt’s play off the bench could be key to give Bediako a breather or if foul trouble crops up. I suspect Logan Johnson will be matched up on Podz; Logan is their best athlete and very good defender, will be a stiff test for Podz to continue to be the playmaker we need him to be. Stewart will have an athletic advantage on Mahaney…we’ll see if that materializes in to a tangible advantage for the Broncos.

I’m really concerned about SMC’s 3-pt shooting. They’ve got three very good deep shooters, our defense is really gonna need to fight fast and hard to get through screens (which we really haven’t done well so far this year).

Their guards, Johnson and Mahaney are very good, but I like our guys who are also very good, and significantly more rugged. We’ll see if we can take advantage of that

Will be interesting to see how SMC wants to guard Podz. I assume Logan Johson is their best defender but they might need Johnson’s athleticism on Stewart.

Glad someone posted this to twitter because it is a great example of Podz being much more than a scorer. 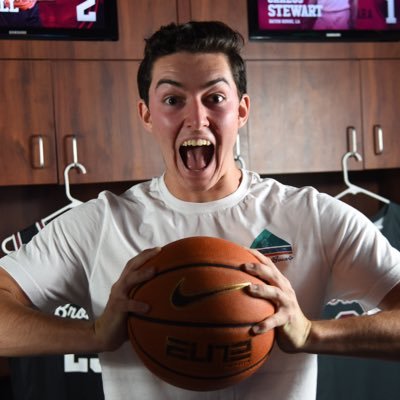 @GavinOLeary9
Great play by Brandin Podziemski here that won't show up on the stat sheet but showcases his IQ/passing ability. Ghosts the pindown screen, which gets the defense out of sorts and then throws a beautiful, cross-court skip pass to generate the open look. Santa Clara moves to 13-3 https://t.co/KQfWLf6Ub2

Both teams big men have struggled from the line this year so I expect lots of fouls down low. No easy layups please! We have the rotational depth at the 4/5 positions to where foul trouble should not be a huge concern.

Randy Bennett is the king of running a 2 man game. Herb has the kids switching on nearly every screen (which only make a 2 man game look brilliant).

Podz, Steward, Justice are going to be hard for SMC to stop. I expect we see a decent amount of zone from SMC.

Should be a good one. Lots of physical play. A win here would be a big deal.

Agree on the switching better.
There are 6 or 7 different ways to defend pick and roll, switching is one of them but I generally hate it. Just gives the opposing team two mismatch advantages…why would you ever voluntarily do that???
Switching is great if you have four or five, athletic 6-6 guys on the floor but few if any in college hoops can put that type of lineup on the floor.
I’d prefer we trap & double team ball screens then recover with our big slipping back to pick up his man after the guard picks up the dribble, passes or dribbles back out of the trap. We defended this way in at least 1 game earlier in the year…forgot which game, maybe DePaul or UCF.
Alternatively, vary ball screen coverage depending on who is initiating ball screens…Logan Johnson and Marciullonis (former starter, current 6th man) aren’t good 3pt shooters…have our guards go under ball screens vs. those guys with bigs playing drop coverage to help on drives if our guards are late to get under the screen; give them the 3pt shot off the ball screen, I’ll take my chances with that. Johnson is shooting 27% from three this year and for his career and Marciullonis is a terrible 3pt shooter (17% this season, 18% last year).

And reminder on the early, 4pm start time…perfect for NYE dinner and parties afterwards.

We’re 3-2 against these guys the last 5 times. Including when they were ranked last year at Leavey.

Let’s go Broncos. This would be a huge get for a NIT bid or dare I say… No, I won’t say. But today and a week from today are two tremendous opportunities for this program to take a leap from hovering around 100 up toward some rarified air…

REVISED: just found the game on ROOTSports as well for those of you like me outside the Bay Area. Along with streaming on watchstadium.com if you can’t pick up NBCSportsBayArea or ROOT.

And for what it’s worth, line at game time was now down to Gaels -5.5. 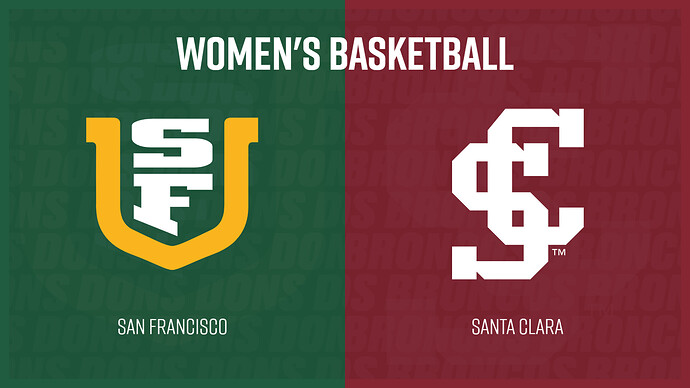 For the amount of illegal screens smc does, we get called for the ticket tackiest calls on defense.

Been a nightmare 2nd half. Podz, Stewart need to takeover… too much inside game

YES!!! Moving screens. Holding. Hacks. No call! We get NOTHING. How bout swapping fouls? Did you like that? Or the intentional foul 11 committed. No call. How bout Parker playing 8 seconds of defense and they did not count!!!

Too many suspect calls. Yep we made mistakes, but this was still our game. Santa Clara AD is filing formal inquiry. We deserve better. Cant allow St Marys to be aggressive and physical while calling a tight game on Santa Clara.

Tough call on the steal. We hung in there and I still think we can beat them at SMC

LMU loses to Pacific. USF goes down to USD. Portland is battling injuries. Looks like BYU and the Broncos are in the driver’s seat for 3rd/4th in conference. Need to take care of business against Pepperdine. Any word on getting Marshall back? We could use another 40% 3pt shooter.

Also, random fact…we are now 7-0-1 against the spread vs SMC in our last 8 meetings. 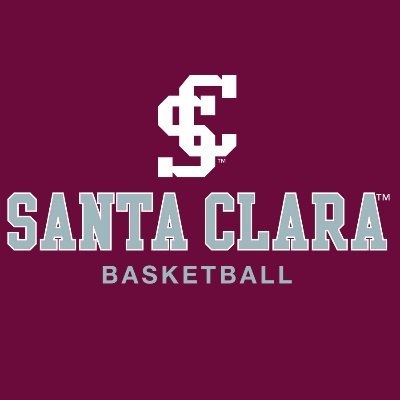 Herb didn’t seem happy nor positive. The is a game we should have won…

Positive takeaway is that SMC is a top 20 team in my book and I didn’t see a discernable difference in talent between the two teams.

SMC talent level…agree, it’s been down the past 3 seasons, part of the reason for our relative success against them of late.

And yet SMC continues to be successful. Their past great teams hung their hat on high level and very efficient offense with above average but not stifling Def. Bennett has pivoted with these less talented rosters of late to more of a grinder style, and defense/rebounding focus. They still execute reasonably well offensively but there are no Jock Landale’s or Brad Warlow’s in the post nor Patty Mills, Mickey McConnell or Jordan Ford’s running the point.

He’s a really good coach… SMC’s style of play is directly dictated by the talents/shortcomings that their given roster has year in and year out.
Why every coach doesn’t do the same I’ll never know. To think there’s 1 way to play and that it’s all about execution is simply short sighted and generally keeps one from ultimate success.