Will be interesting to see how this turns out. Cody is more highly regarded and recruited at this stage in HS than Jalen was.
Plenty of P6 school interest and would understandable if Cody is swayed by the bright lights, big crowds and prestige of UofA or UCLA. But Jalen’s success at SCU and becoming a lottery pick gives us a chance…dispels the notion that you have to go to a P6 school if you want to make it to the NBA. If you’re good enough, the NBA will find you. Yes, you get more exposure at a P6 but you’re also competing for PT, shots and a prominent role with other guys who have the same NBA aspirations and you’re also more likely to get recruited over or have an existing talented player you have to wait behind.
When someone like Cody (or Jalen) takes the mid-major route they’re more likely to get the PT, starting role immediately and have the team play through them earlier in their career.

Well said 92bronc…I agree with you that we have a chance, and I have to assume that Jalen thought highly of SCU as a student athlete during his time here, which is a factor in Cody’s decision making. The PT factor is a big one in my opinion, but I also think that the expectations and bar will be set high in Cody’s mind with the success of his brother at SCU. We’ll see, but would love to have him.

I just hope that keeping SCU on his ‘list’ is more than just a courtesy to Sendek and SCU given Jalen’s connection to the program. But the fact that LMU and a mediocre to poor P6 like Georgia Tech are on his list as well gives me hope he is legitimately considering SCU.

I think the bar is set high if your brother a lottery pick, whether you go to the same school or not…

I think it matters how much Jalen did (or didn’t) enjoy SCU… would be very nice to have Cody in the fold.

I think that it is a pipe dream for us to believe that Cody will choose SCU, especially in a world of NIL. I’d love to be proven wrong, but I think the chances are slim-to-none, and Slim’s outta town.

Random tweet here… but noticed Cody is rated the 38th player in his class! 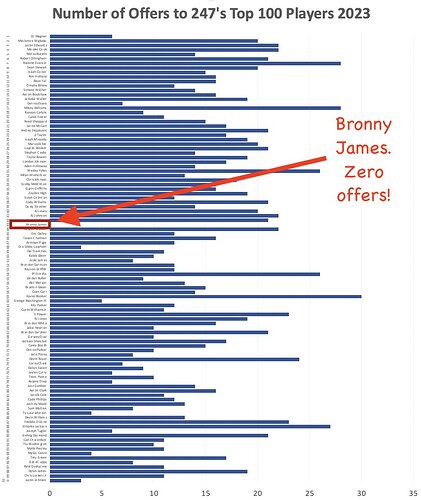 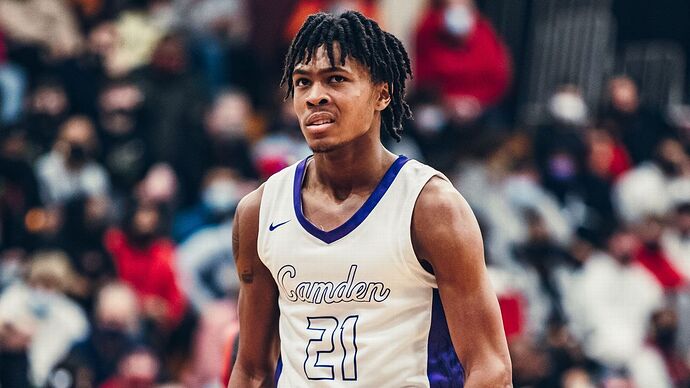 Inside the battle for the No. 1 recruiting ranking, key risers (including...

More prospects are making their case to be the top men's basketball recruit in the 2023 class. What about the race for the No. 1 class?

NBADraft.net already has Cody as a lottery pick in 2024 so they think he will be one and done.

Cody committed to Colorado this morning. Headed there to play for Tad Boyle.

I have the happy coincidence of living in Colorado and having attended CU for Law School, so if it wasn’t going to be SCU, this is the one I wanted…

Seems like his star just got too bright for SCU to land him. These days, highly touted recruits sometimes find a second home (see Podziemski, Brandin). CU has a good tradition of sending players to the NBA over the last 10 years in a less frenzied environment than Arizona, UCLA, or Oregon. So I hope it will be a good fit for Cody.

Yeah, I like that fit for him better than AZ, UCLA, or Oregon. He will be more likely to have the ball in his hands at Colorado. Obviously would have loved to have him at Santa Clara but he is projected to be the 7th player in the 2024 draft so most likely we were only going to have him one year anyway.