Jalen is a great young man. Glad we were able to beat out Hofstra for him!

Draft analyst breaks down Jalen Williams. Selfishly would love for him to stay 4 years but putting guys in the league is a great thing for the program long term.

NBA Draft fans love the idea of finding a "Sleeper." Well, let me tell you about one prospect that has my attention.

If he has a real shot at getting drafted AND playing, then I would encourage him to go for it. The balancing act will be whether another year at SCU would propel him to the higher draft pick range (for example, from a mid-2nd rounder to a mid-1st rounder). The extra year might do that for him, especially if his teammates get significantly better (really looking forward to seeing Stewart’s growth over the next few years). If indeed he has an improved supporting cast, his stock might appreciate much more next year.

For what it is worth, NBADraft.net now has Jalen going #35 overall in the 2023 draft.

I see Jalen and Keshawn have done some local Toyota ads on Social Media. Good for them.

They now have Jalen going 38th in the Draft THIS year in their most recent version. Definitely will be a close call. I think it will all come down to whether he gets one of those unofficial first round guarantees that a couple guys seem to get every year.

Huge difference between 1st and 2nd round. 1st round has lots of guarantees (including 2 years at minimum, and guaranteed minimum money). 2nd rounders get zero guarantees.

If he’s a 1st rounder, leave 100%… if not then I’d say stick around or transfer (not wanting him to go elsewhere, but looking at his best interests).

Don’t hire an agent, do test the waters.

Agree thoroughly. I think recent rules allow you to sign with an agent and still be eligible to return to college.

Correct. You can sign with an NCAA Certified agent. That agent can then only cover transport, lodging, and meals for the student athlete (and his family) to meet/workout with teams. They also say you can’t miss class but I imagine you can just turn on a zoom screen these days to get around that. 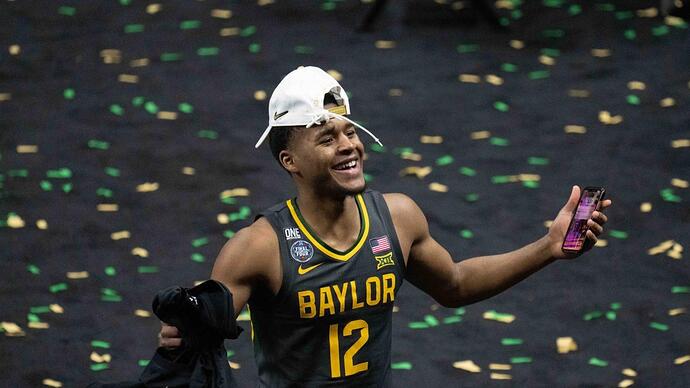 This DI program in its third year is designed to let players retain eligibility should they want to return to school.

ESPN now has J. Will at 51, right behind Andrew Nemhard.

Another take from ESPN, Mike Schmitz has him as the 11th best SG (48th overall) and provides several paragraphs on what Jalen is really good at and what he needs to work on. Just click on the arrow to the right side of Jalen’s 11th SG ranking and you can see the entire write-up. They have the date wrong because much of what Schmitz talks about is from the WCC Tournament. If Jalen does eventually go in the first round, have to think it should open some doors in recruiting .For example, even though Johnny Juzang plays for an excellent UCLA team, he is still basically just a spot up shooter on the wing…while Jalen came to Santa Clara where he is thrown into Pick and Roll situations with the ball in his hands over and over again perhaps accelerating his development in getting ready for the NBA game. I think pretty much everyone has Jalen well ahead of Juzang now.

Also, ESPN seems to be rather down on USF’s Bouyea (96th overall) compared to other services. Because a 5th year senior is simply too old in their eyes?

Good stuff. Thanks for finding that.

They have moved Jalen up to the 25th pick in the draft this year.

ESPN put out a new mock draft yesterday and they have Jalen going 2nd round, 52nd overall. 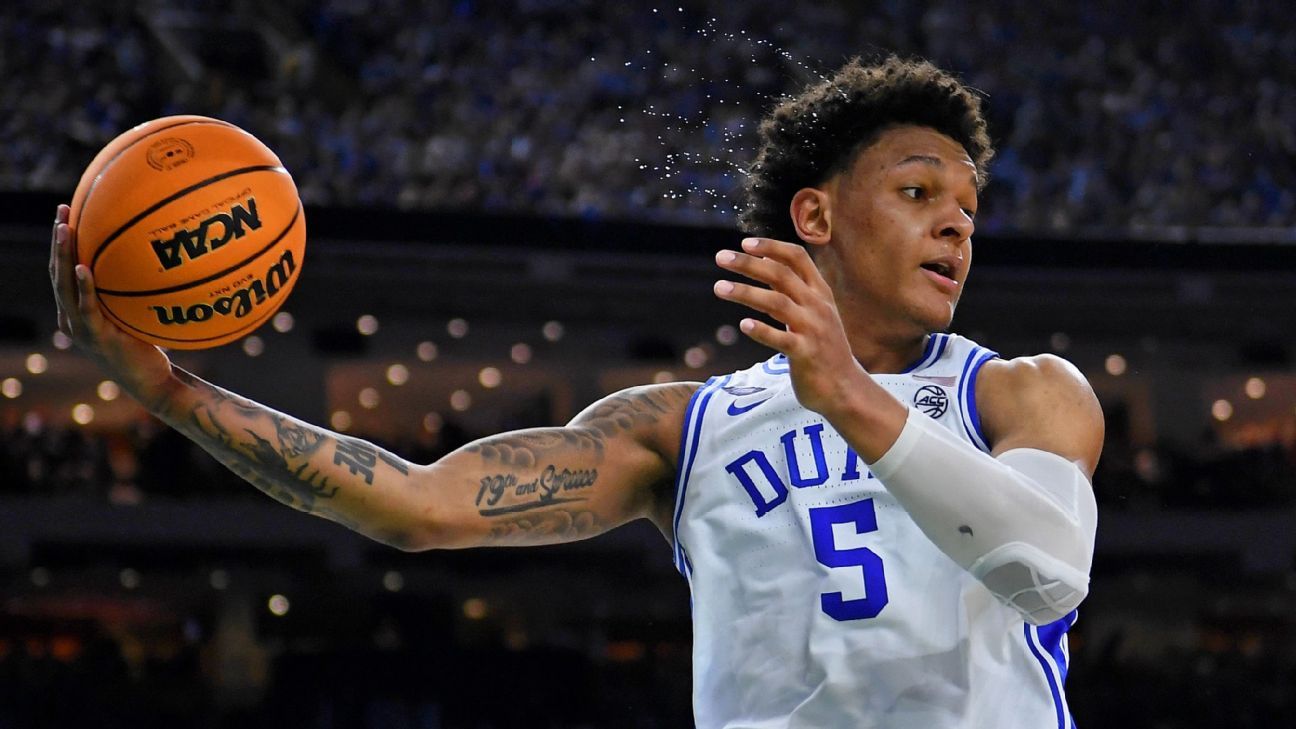 NBA mock draft: Did Paolo Banchero hurt or help his case to go No. 1?

I am sure that he is going through this process primarily to get feedback from NBA scouts and coaches on what he needs to work on to get drafted in first round next year. But perhaps that is just wishful thinking on my part.

Buckets- You may be correct, but see my post from earlier in the week on the other Jalen Williams thread.
The tone and substance of the lengthy letter/announcement he posted on Twitter sure sounds final, as if he has already made up his mind to turn pro; no mention of possibly returning or that he’s just ‘testing the waters’. He also posted a video, a little shorter than his written message but says about the same.
Sounds like he hasn’t hired an agent so I guess there’s a chance he returns to college if NBA scouts strongly recommend it, but that would be a bit awkward (tail between the legs) given the tone of his announcement.
Just my opinion. Curious if you read/interpret his announcement differently.

Reposting link to the message:

Yeah, I saw that before, but I interpreted it a bit differently. Not saying that I am right and you are wrong, just got the impression that he wrote that out of courtesy to the SCU community. Specifically, I note that he bolded the text about declaring for the draft while preserving his collegiate eligibility.

One caveat that DID cross my mind is that he is possibly considering testing the transfer portal (if he doesn’t enter the draft) so that if he DID come back to play college ball, perhaps it would be at a P6 university rather than SCU.

You may be right and I definitely hope you are. Jalen is outstanding on and off the court so would be awesome to have him return.
But there is a point, I think June 1st, where players must decide whether they are staying in the draft or returning to college. It seems like that time or whenever they fully commit to staying in the draft would be the logical time to make a ‘Thank You’ statement along the lines of what he posted.
Seems awkward to Thank everyone for getting you to the Pros/NBA and then return to college…but that’s just me I guess.

To your caveat…returning to college and transferring to a P6 would be the worst case scenario for the Broncos. At least if he turns pro now and gets drafted, the program gets some positive publicity with mentions that he’s ‘from Santa Clara’. That will never happen if he transfers elsewhere and then later makes it to the NBA; his time at Santa Clara would become a footnote.

Edited: June 13th is the deadline to withdraw from the draft…so 8+ weeks until we know for certain.

To your caveat…returning to college and transferring to a P6 would be the worst case scenario for the Broncos. At least if he turns pro now and gets drafted, the program gets some positive publicity with mentions that he’s ‘from Santa Clara’. That will never happen if he transfers elsewhere and then later makes it to the NBA; his time at Santa Clara would become a footnote.

agreed, that would be worst-case scenario. Not to mention, I’d probably get a little ill every time seeing JW in another collegiate uniform.

The pomp and circumstance of the big announcement may really just be the SCU Athletics Dept taking advantage of the first NBA-caliber player in a generation. Since the AD clearly helped craft and put forward the announcement, I’m less convinced that this is Jalen’s official goodbye to SCU. Moreover, it sets up a bombastic “I’m back! Let’s ride!” sort of announcement if he decides to stay at SCU and pursue draft dreams next year.

Patty- you could very well be correct and I hope you are.

I’m probably showing my age here…I’m not one for broadcasting public announcements when a final decision hasn’t even been made…could have been a simple ‘I’m testing the waters’ statement. But I guess that’s kind of the norm these days in society as a whole with social media and often overblown PR efforts where every ‘announcement’ must be hyped to the nth degree. Everything from players making a huge spectacle of which college they chose to gender reveal parties/announcements (don’t get me started on those).
I’m sounding like a grumpy old man so I’ll stop there…