No surprise here, Hudgens has entered the Transfer portal. 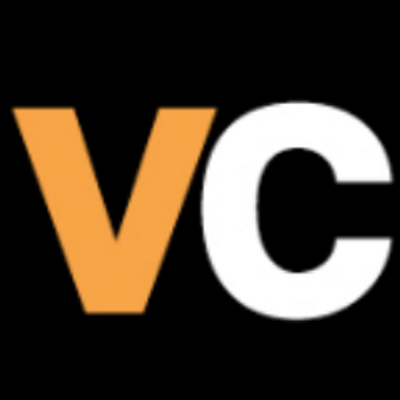 Bummer but not surprised given reports he wasn’t happy w/ playing opportunities. If I recall, he got a slow start with some preseason injuries that likely hurt his ability to get up to speed and make the HS to college adjustment.
With Pipes, Stewart and Knapper coming in, wasn’t going to get any easier to earn PT.
Will be interesting to see where he lands. I think the kid can play, good perimeter shooter with deep range and good enough athlete. Seemed he needed to polish his ball handling, take care of the ball a little better and generally just adjust to the higher level of athletes he’s facing at the D1 level.

Yeah, he could still have a bright future. He needs reps going up against ball pressure. Somewhere like Northern Arizona or even a Juco seems like a logical landing spot.

Also, being the only Freshman on his team in a Covid year with a squad that could not practice on campus was a difficult circumstance for sure.

Agree. JUCO would probably be a good route, more than anything he just needs actual playing time vs. college level athletes. The shooting ability is already there, decent form, quick release and deep range.

There are some good JUCO programs in AZ that produce players that move on to D1. In Hudgens’ case he’s already an academic qualifier so if he wanted he could play just 1 season at a JUCO, get some good PT and experience, then go back to D1

Disappointing to see but like you all said, totally expected. I admit I had too high expectation for him coming into last season and he underperformed. I hope he has a great career wherever he ends up.

Limited options with wertz’s surprise transfer. Never looked like being good enough, even in highlights. But better to take a chance than leave the slot empty.

Hope he makes the most of it.

It’s weird I still don’t see Trent Hudgens in the Verbal commits transfer portal. Not sure if he backed out last minute.

Currently sitting at 14 scholarships… someone is out?

I’m not sure there is a limit this season due to the free year. It’s just up to the colleges if they are willing to pay the extra scholarships.

“For D1 fall sports, seniors who have scholarships and who will be using the extra year of eligibility will not count against the team’s scholarship limit for the 2021-22 season.”

"Here is an example of how this could play out for a college team:

The determining factor is whether or not a school can afford to give scholarships over the maximum."

The 14 roster spots doesn’t include Josip… He makes 15.

Per Buckets post, Vrankic, Pipes and Djuricic won’t count towards the 13 scholarship limit.

Ducasse still shown on VerbalCommits but I believe he is long gone.

Theoretically room for more transfers but 1) don’t know if we can afford more, 2) not sure it is wise or necessary, at some point it becomes more difficult to manage a larger than normal roster…guys get fewer reps in practice, etc.

92bronc- transfers do count towards scholarships. my understanding is its seniors who choose to stay with in the same program. also Grad transfers cannot transfer. they have to stay put

The language in Buckets post doesn’t make that clear.

Regardless, we’re still within the limit…14 minus Vrankic gets you to 13.

See the original post above, Hudgens is in the portal. Sometimes the Team page on VC takes awhile to update. And VC isn’t perfect, there’s often well known info out in the public domain not reflected on VC…take it with a grain of salt.

It would be a kind of wild loophole if grad transfers didn’t count towards the scholarship limit and were treated the same as a 5th year senior. You could imagine the absurd situation in which a well-funded program like Duke or Kentucky just loading up on 20 or so of the best grad transfers to see what sticks. There are some external limits on that, but I doubt Calipari would hesitate if he thought it would be a winning strategy.

I don’t mean to suggest that was your interpretation, 92. I was just amused by the hypothetical of a 37-person Duke basketball roster made up of tons of grad transfers hoping to finish their career in Cameron Indoor.

Agree Patty, it definitely creates a unique dynamic. There is bound to be a team or two who is really able to take advantage of the opportunity to keep some of their senior talent. With the recent grad transfer impact the mantra has been to ‘get old’ by having a lot of solid senior level talent…definitely helped Texas Tech reach the Final 4 a few years ago as well as Baylor this year.

We’ve already seen it impact the WCC…first Kuhse and Eli Scott, now Vrankic. Another WCC program to keep an eye on is Pacific…they had 6 seniors on their roster, 3 were starters (Bell, Bailey, Finstuen); I suspect Stoudamire is lobbying at least some of them to stick around for another season.
Some other WCC seniors who could stick around and significantly benefit their teams by doing so: Harms, Barcello or Averette at BYU, Bouyea at USF, Markusson at LMU.

I think it will be important for teams to not just replay the last season with their guys that come back.

I don’t think that will be an issue for scu – because we were already planning on a lot of change with the large freshman class --but it may be for some teams. New players are still coming in, and younger returners will probably improve more than older ones.