Brackets are out we are the # 3 seed. This is a good bracket for us. 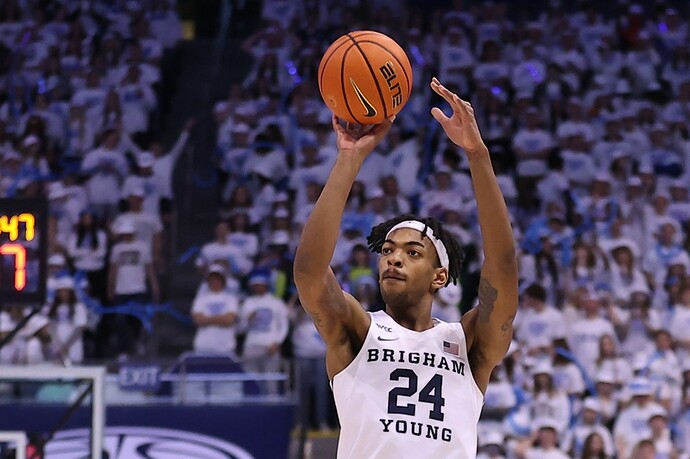 The WCC basketball tournament with times and broadcasting information

We definitely want to play the the team playing its 3rd game in 3 days. Plenty of adrenaline to get a team through games in back to back nights but the 3rd game is usually when the legs start to break down.

Hard to feel too sorry for USF being the 4th seed. Yes, they beat us twice but they lost to BYU, SMC, and Portland at home. We beat BYU, SMC, and Portland at home. Not even sure it is the worst thing for them. Most likely USF is in the NCAA Tournament unless they lose another game to a non 100 Net Team. If they lose to BYU, no big deal. If they were to lose to Portland again then they are probably out of the NCAA tournament. Amazing a team can lose 4 WCC home games and still make the NCAA tournament. It shows you how far the conference has come.

Here is a link to the time slots for each game:

Explanation of the standings. Poor Pepperdine. They played the toughest conference schedule of anyone! 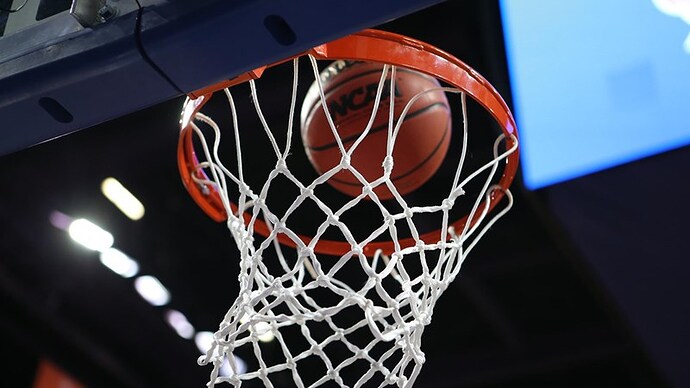 Portland only played 6 guys last night (#7 got 1 minute), so they might be extra gassed if the have to play us Saturday night at 930 after games on Thursday and Friday.

Portland has a bye until Friday. 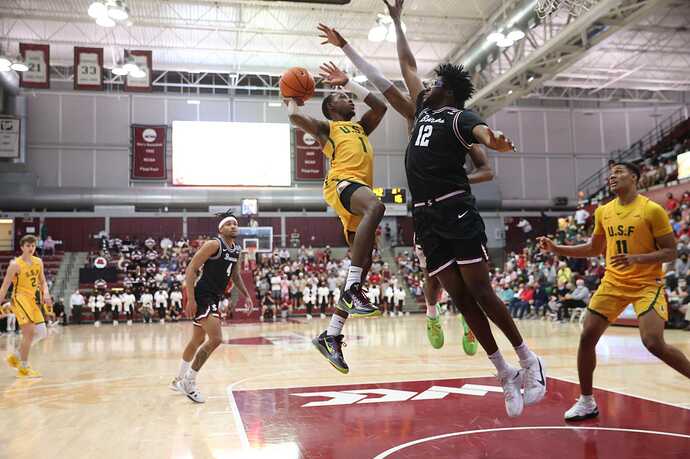 Though USF fans might gripe about the Dons being seeded fourth in the WCC tournament,...

If you want to go all tin-foil hat on the WCC, maybe they intentionally made USF the 4 seed as the last ditch attempt to save a 4-Bid WCC. USF can probably lose to BYU and still get in the Tournament. And if BYU beats USF, that might get them on the right side of the Bubble. But BYU beating a 4-seed SCU might not be enough for the computers, so you need BYU and USF on the same side of the bracket.

That said, the USF gripe about not being 3rd is a bit overdramatic. If SCU plays the extra game against Portland, the Broncos most likely (but not guaranteed) win in Portland and end 11-5, a full game ahead of USF. The SCU-ducking-Portland narrative, while kind of a bad look for us, is really just a distraction so that USF fans don’t have to accept that them losing to Portland and blowing a 20+ lead to SMC at home are the actual causes of their 4th place seeding.

It is funny that it is in USF’s best interest to pull for us in the WCC tournament. If we lose to Portland/Pepperdine/USD then we drop out of the Net Top 75 and there goes one of USF’s three Quad 1 wins (their road win against us.)

I think USF deserves to and will get in the NCAA tournament (why even have NET if they don’t). However, my guess is the biggest knock on their resume is that they cleaned up on teams in the 45-75 range (Davidson, UAB, Towson, SCU, Fresno, BYU) but never proved they could beat anyone inside the Top 45. Davidson is their best win (45th in NET) and that might cause some Power 5 committee members to raise their eyebrows . I read 33 is the highest NET Rating to ever miss out on the NCAA tournament so USF at 28 has history on its side.

If we play and beat Portland and St Marys and lose to GU, where does that put us?

Maybe up to an NIT 3-seed? One more win against Saint Mary’s, even as a top-15 or so team, likely won’t move the needle on an NCAA bid. SCU is in a good position to go for broke. The NIT is likely fairly close to a lock, hopefully. The WCC Tournament should be all about SCU throwing everything at the slim (but real) possibility of the auto-bid.

Thanks I was there in SLC when we beat Arizona ,so I know semi-miraculous SCU basketball experiences are possible.

Maybe I’m overlooking something but appears the KenPom adjustment is ultimately much ado about nothing.

On the women’s side, it didn’t result any changes…rank/seeding ended up exactly the same as straight records standings.

And on the men’s side, the only adjustment is Pacific (3-11) and LUM (3-12) flopping 8/9 seeds which is irrelevant since 8 & 9 play each other in the tourney. It changes who are technically the home or away teams but again irrelevant at a neutral site tourney.

Hope the league didn’t pay KenPom a bunch of money for something that ultimately had zero relevance.

Couldn’t have asked for a better path for SCU… and to not see Zags until the end to boot. Should be fun.

Odds to win WCC Tournament have been posted by FanDuel.

We’d better not take the first game on Saturday lightly. A 9:30PM start is just ridiculous

Agree, most likely to face either Portland or maybe USD, neither are pushovers.

Re: the 9:30 start…also agree, not ideal. That said, our opponent is dealing with it as well so a wash I suppose.