I AM NOT SAYING THIS IS HAPPENING. Its got a snowballs chance in Hades.

I’m just saying its being tossed about and it has SCU implications. 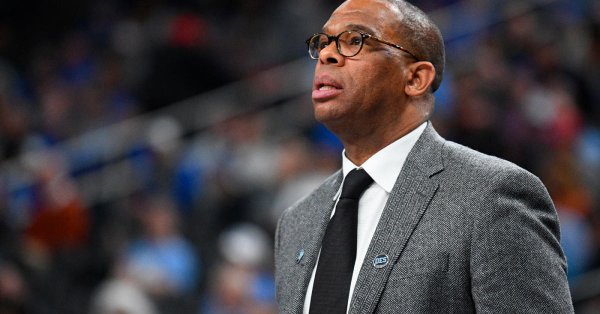 Mark Few has turned down huge jobs before. But if UNC called him, I have to believe he would at least have a conversation. He has a very close relationship with Roy Williams … and it’s NORTH CAROLINA. Column on the names UNC should target—and why. https://t.co/1PcjRiXDys
Midwestbronco14 April 1, 2021, 8:19pm #2

I always figured the only job he would consider is oregon.

Oregon pursued Few and he turned them down prior Dana Altman being hired.
I believe Arizona also pursued him after Lute’s departure, and Indiana before hiring Crean.
All big names he has turned down in the past.
One could argue NC is an even bigger name…but is that enough to lure him???
Seems unlikely now that he has demonstrated you can get to the Final 4 and contend for titles without being a P5 school.

Was kind of my point. If he didn’t go to Oregon, I don’t think he’s leaving.

If he doesn’t take this one, people will stop asking.

Agree '92-Very surprised if he would move. Look at his upbringing, his lifestyle…he’s just not one who would move,even for a truckload of $$, which I don’t think motivates him. If he can potentially get the #1 overall and #5 (or better) PG in this year’s recruiting, why move. He knows how to get players and GU has its own cachet now.

You’re agreeing with me as well. It’s ok to say that, isn’t it?

He’ll die in Spokane… no chance he ever leaves

I don’t think that Few would take any job at this point for money or glory–he has plenty of that. And he will have a way better legacy as “the man who built Gonzaga” than merely having “the Mark Few era” at UNC.

That said, I could see Few moving on to another program just for the sake of moving on. I doubt that happens before his kids are grown. Maybe he wants at least one more shot at the title at Gonzaga. But I could see him taking another job to allow himself to go out on top at Gonzaga and break up the rhythm after decades as a Spokane celebrity. I doubt UNC is that job, but maybe the next time Oregon opens up, he gives it a second look. 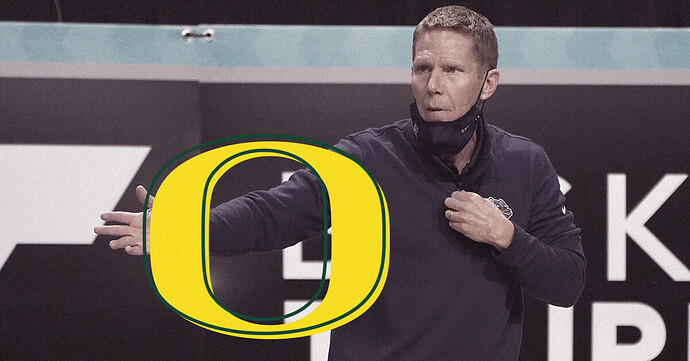 “All is well that ends well."

I have to give Few credit. I wonder how much Monson’s post-Gonzaga story influenced him. Arguably, Monson could’ve stayed at Gonzaga and built it into the same successful program that Few has…and perhaps Few, as the top assistant, would’ve gone on to Oregon.

I look at the list of coaches who went for the money & prestige of a bigger program and ended up washing out, and realize it is a long list. Not saying he is a “wash-out”, but had Shaka Smart stayed at VCU, could he have done what Few has done at Gonzaga? Had Brad stayed at Butler, after back-to-back runner-up seasons, might Butler be the “Gonzaga of the Midwest”?

As much as I despise Gonzaga as an in-conference rival, I have a lot of respect for him and his decision to stay at Gonzaga. That is a guy who knows who he is and what he has.

Possible, of course, but more difficult bc Butler and VCU ended up in better, more competitive conferences. Which gonzaga should do as well.

Agree buckets.
I respect the fact that Few has eschewed the typical ‘bigger is better’ mentality and jumped ship to the supposedly big name school…recognizing a long time ago he could have consistent success with more job security, a great standard of living in Spokane and still ascend to Final 4 territory.

Some other factors that I think motivate his decision to stay at GU…he’s a reserved guy, he maintains a pretty low profile here in Spokane as much as he can considering the Zags popularity. He’s also not a big media guy either and probably realizes the media pressure and requests may be greater at a P5 school or in a larger City. He has the Mark Few Show which airs every Sunday evening during the season but I suspect he does it somewhat reluctantly only because it benefits the program.

Also, he recently built a very nice lake house at a nearby lake my family frequents. All in line with the lifestyle (fishing, boating, outdoors, low stress, etc.) he seems focused on maintaining for himself and his family. Not easy to duplicate that at many other locales.

Most coach’s shows are a contractual obligation.

There is no such conference in the West. All the stronger basketball conferences out here are made up of football schools, all one of them, the PAC-12. The Gonzaga campus dates to two years before Washington statehood, and the technology to move it to Ohio, say, does not exist.

Then they should be team players and we should change the conference tournament and revenue sharing back.

If they’re stuck, why is the conference kowtowing to them?

I happen to agree with you, there. About 10 years AD Roth and Coach Few expressed the argument that requiring the conference leaders to play four rounds in the tournament adversely affected the NCAA seeding by requiring them to play two more games against 200+ RPI teams right before the selection process.

Now, however, RPI isn’t used to determine seeding, and Gonzaga has been a #1 seed 4 of the last 5 years. I’d think the rest of the conference would raise this, and ask that the former conference tournament format be restored, giving everyone else the chance to win 4 games in 5 nights and the auto-bid without having to face a well-rested GU, BYU, or…if they can right the slipping ship…Saint Mary’s, again. Fair’s fair.

It hurts the conference by greatly minimizing the chances of an upset conference champ and an extra NCAA bid for the league.

We could restore the double round robin too while we’re at it. Basically just put everything back the way it was before Gonzaga started playing billy big b-lls.

Um, I said I agreed with you about the conference tournament.

I remain to be convinced about the double round-robin schedule, though. It allows teams to schedule two additional non-conference foes, even though it decreases my opportunity to see the Zags play. In the years before COVID, I’ve traveled down there to see games at Leavey or at Spanos, and if there is no game at one of those places, I get shut out for the year, since if you don’t own season tickets or belong to the Bulldog Club, there’s no way to get into the games here in Spokane.

Would you say that scheduling two extra non-conference games is not an advantage for the rest of the conference? Gonzaga uses such games to get higher up in the KenPom or the NET rankings than the conference schedule would by itself allow.